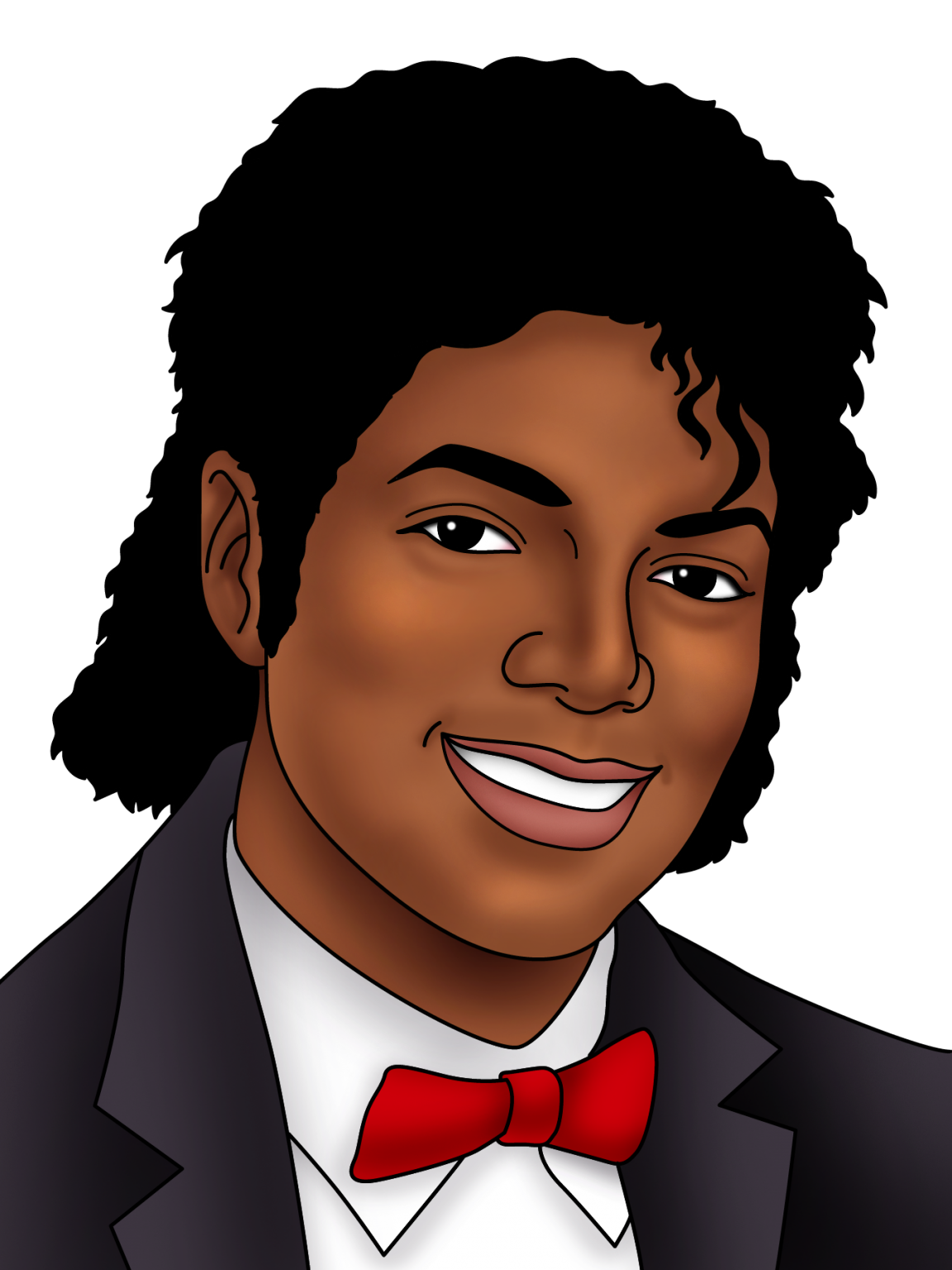 Known for: Being a singer and performer.

His album, Thriller, sold 110 million copies around the world.

Guinness World Records says he is the most successful entertainer of all time.

His funeral was shown on television around the world, and 2.5-3 billion people watched it, making it the most watched funeral ever.

I will never stop helping and loving people the way Jesus said to.

Known as the “King of Pop”, Michael Jackson is one of the most famous American singers, songwriters, and dancers of all time. Jackson started his music career with The Jackson 5  in 1964. This was a band made up of his brothers and sisters. He then started singing on his own in 1971 as well.

He released the highest-selling album of all time in 1982, called Thriller. The music video for this song shows Jackson and other dancers dressed up and dancing like zombies. The album sold 110 million copies around the world.

Jackson is known for making famous dance moves, like the moonwalk, popular. He won a lot of awards and broke many records. Guinness World Records says he is the most successful entertainer of all time.

When Jackson died, there was a huge memorial service for him. People loved his music so much that they were very upset when he died. His funeral was shown on television around the world, and 2.5-3 billion people watched it, making it the most watched funeral ever. This shows what a massive impact Jackson had on the world with his music.

What was Jackson famous for? What was the title of Jackson’s most famous album? How many people watched Jackson’s funeral when he died?