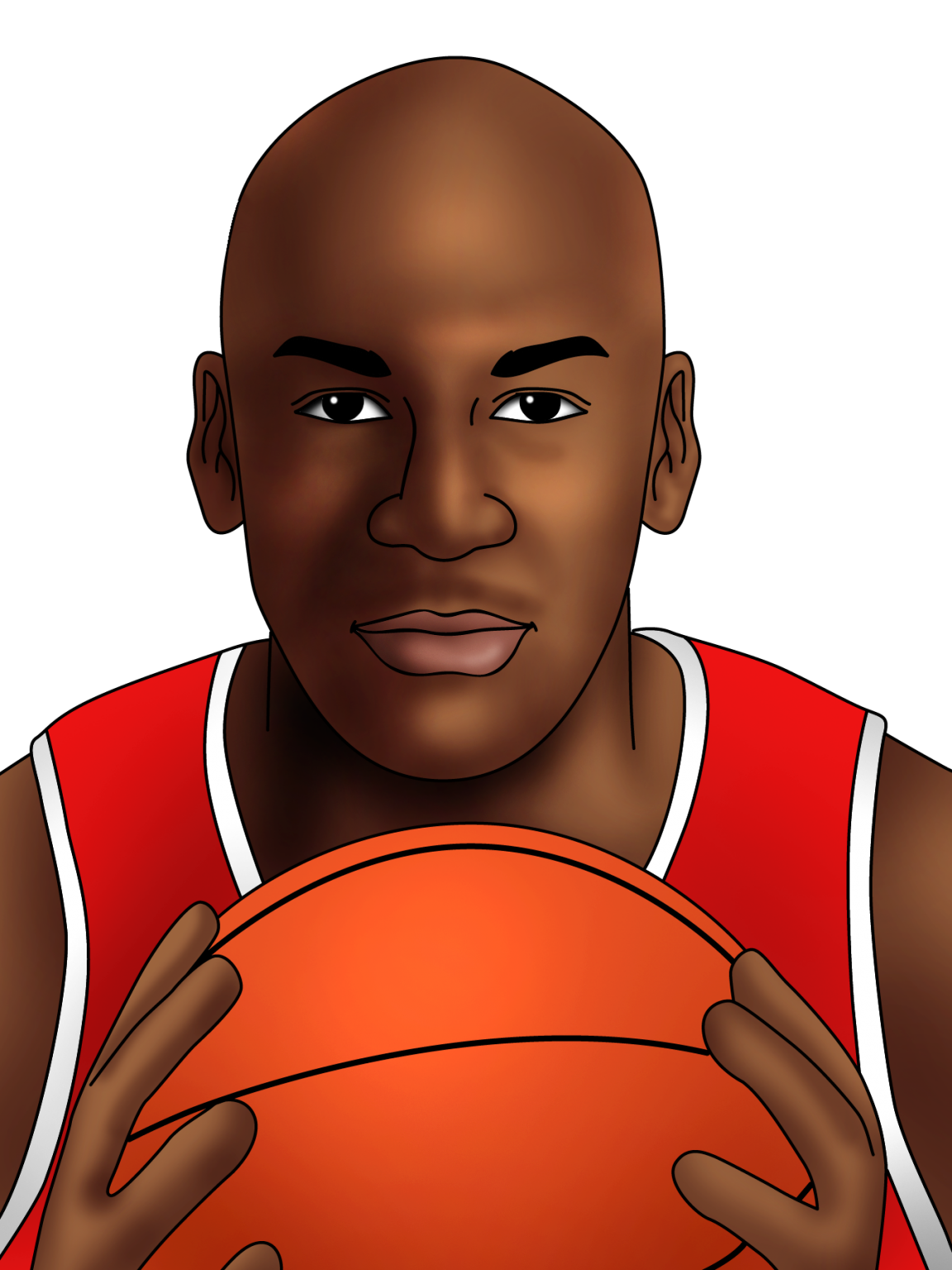 Known for: Being known as the greatest basketball player of all time.

Michael Jordan is the only athlete who is a billionaire.

He received the Presidential Medal of Freedom from Obama in 2016.

Jordan starred as himself in the hit film, Space Jam.

I can accept failure. Everyone fails at something. But I can't accept not trying.

Michael Jordan’s love of basketball came from his father’s love for the sport; his older brother Larry also played basketball, which inspired Jordan. Jordan played basketball at North Carolina University, helping his team win the NCAA division 1 championship. He was named NCAA player of the year in both 1983 and 1984.

Jordan first played professionally with the Chicago Bulls, resulting in them winning the NBA championship (the biggest basketball competition) three times. Jordan also won NBA Rookie of the year award when first joined as a promising star. He also made the Olympic team for the U.S. in both 1984 and 1992, where his team won the gold medal both times.

Despite announcing retirement, Jordan re-joined the sport with the Washington Wizards in 2000 as a part owner and president. After retiring fully from the sport, Jordan set up several successful brands, including Air Jordan in collaboration with Nike. Jordan has also worked with other well-known brands, such as McDonalds and Coca-Cola, as well as featuring in films.

He has been given many awards in recognition of his play and what he has done for the sport, including NBA’s Most Valuable Player five times.

What are some reasons Michael Jordan might enjoy playing basketball? Do you think Jordan’s play or the whole team’s play is more important during a game of basketball to win? What qualities do you think it takes to be an Olympic athlete?