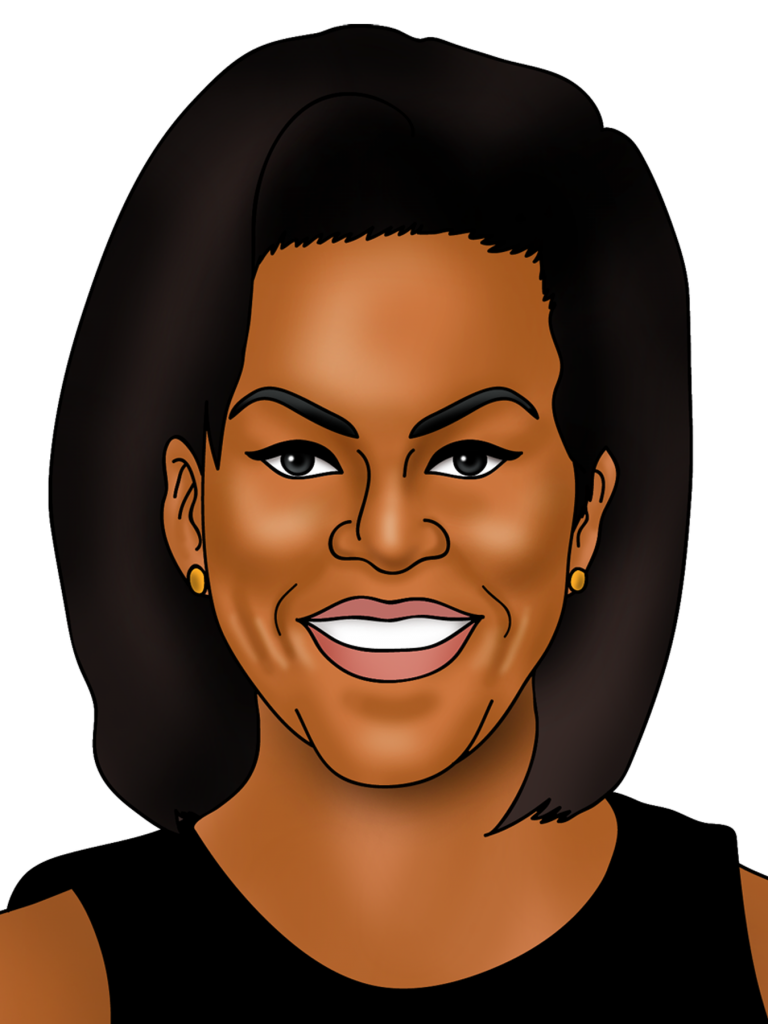 Known for: Being an attorney, author, and the first Black First Lady of the United States.

Obama studied at both Princeton University and Harvard Law School.

Her book, Becoming, has sold over 10 million copies worldwide.

She graduated with the highest honours and worked as a lawyer in Chicago.

Empower yourselves with a good education

Michelle Robinson was born in Chicago into a positive and supportive family, who had ambitions for her to do as well as her older brother, who went to Princeton University. Motivated by his success, Robinson worked hard at school and continued to do so at college, being accepted at Princeton in 1981.

In her autobiography, Robinson said her teachers thought she was aiming too high when she told them of her ambition to attend Princeton. At first, she did not think she belonged at Princeton: rich students drove BMWs, and some of their parents were famous. Nevertheless, she worked hard and graduated from Princeton with the highest honours.

Later, Robinson won a place at Harvard Law School. While at Harvard, she volunteered to support ethnic minority students and worked for the Harvard Legal Aid Bureau. She also pushed the university to hire more Black teachers.

Today, she is one of the world’s most beloved celebrities, and her book, Becoming, has sold over ten million copies around the world. She has also travelled the world encouraging children to eat healthily, to work hard at school, and to remain positive even when facing challenges.

What motivated Michelle Obama to work hard and get into Princeton University? How did Michelle meet her husband Barack Obama? What things does Michelle Obama encourage children around the world to do? Name at least two things.