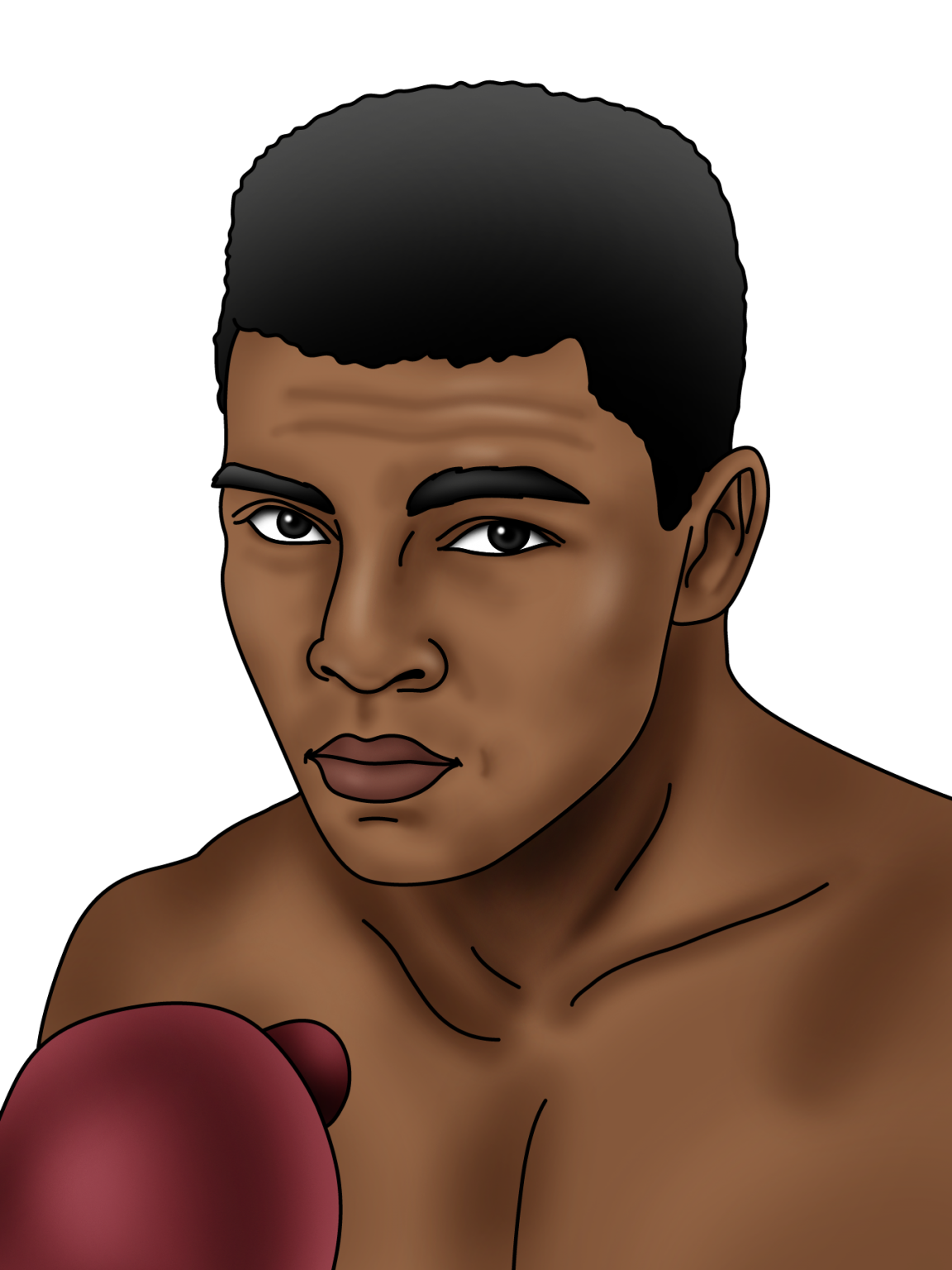 Known for: Being a world famous boxer, Olympian, and heavyweight champion.

Ali lit the Olympic flame for the 1996 Summer Games in Atlanta, GA.

In recognition of his skill, Ali’s sporting nickname was “The Greatest”.

Outside of boxing, Ali had success as a musician, actor, and writer.

I figured that if I said it enough, I would convince the world that I really was the greatest.

Born Cassius Clay, Muhammad Ali made his professional debut in 1960, and, at only 18, he won an Olympic gold medal at the Olympic games in Rome. In 1964 he became heavyweight champion of the world.

In the same year, Ali joined the Nation of Islam and refused to fight in the Vietnam war for religious and political reasons. As a result, he was arrested, stripped of all boxing titles, and was not allowed to compete for nearly four years at the height of his physical fitness. His conviction was overturned in 1971 and Ali was allowed to box professionally again.

Despite losing four years of his career, Ali was crowned Sports Personality of the Century by the BBC in 1999. Ali was also listed in the International Boxing Hall of Fame in 1990. He was involved in several historic fights, including the “Thrilla in Manila” and “The Rumble in the Jungle”, which was the world’s most-watched live television broadcast with an audience of one billion.

When he retired, he donated to many charities, spoke at colleges about the importance of education, and travelled widely as a United Nations Messenger of Peace. In 1990, Ali successfully negotiated the release of American hostages.