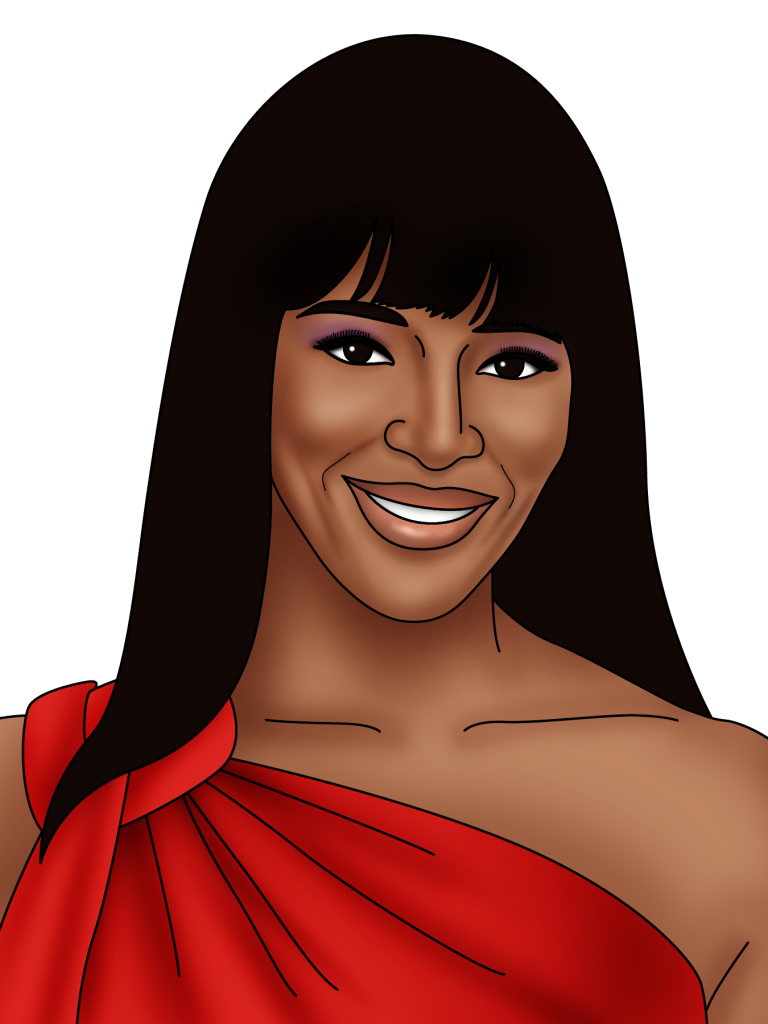 Known for: Model, Actress and Businesswoman

In 1996, Campbell has published a self-titled photo book.

Campbell launched a line of fragrances for women in 1999

Campbell is one of the world's most renowned supermodels

It's a new challenge to see how people can change your look. I like words like transformation, reinvention, and chameleon. Because one word I don't like is predictable,

Naomi Campbell was born in London, England by a Jamaican-born dancer and an unnamed father. As her mother travelled often and mainly lived in Italy, she was raised by her grandmother and has always had a background in TV and music videos. At age 5, she attended the Barbara Speake Stage School in west London and later, the Italia Conti school.

At age 15, while hanging out with her friends after school, Campbell was scouted by the head of a modelling agency, Beth Boldt. She quickly rose to fame and began modelling for companies including Elle, Vogue and TIME Magazine. In fact she was the first Black woman to appear on the covers of French and British Vogue and the first Black model to appear on the cover of Time.

Campbell not only did she earn her fame through modelling, but also ventured into acting and musical careers in which she became popular internationally, especially in Japan. Her singing career peaked in 1994 with the single “Love and Tears” and her debut album sold over a million copies. She featured in many popular shows, including The Cosby Show and The Fresh Prince of Bel-Air.

Though Campbell was known as the most famous Black model of her time, she was never given the same opportunities as other models. She also wasn’t signed to any cosmetic companies until 1999. She spoke out about the racial bias she faced in 1991 and has continually spoke out against discrimination. She also established Fashion For Relief to raise money for good causes as well as being an active member of the Nelson Mandela Children’s Fund.

Today Campbell has her own YouTube channel called ‘Being Naomi’ and continues to be one of the most well know supermodels globally.