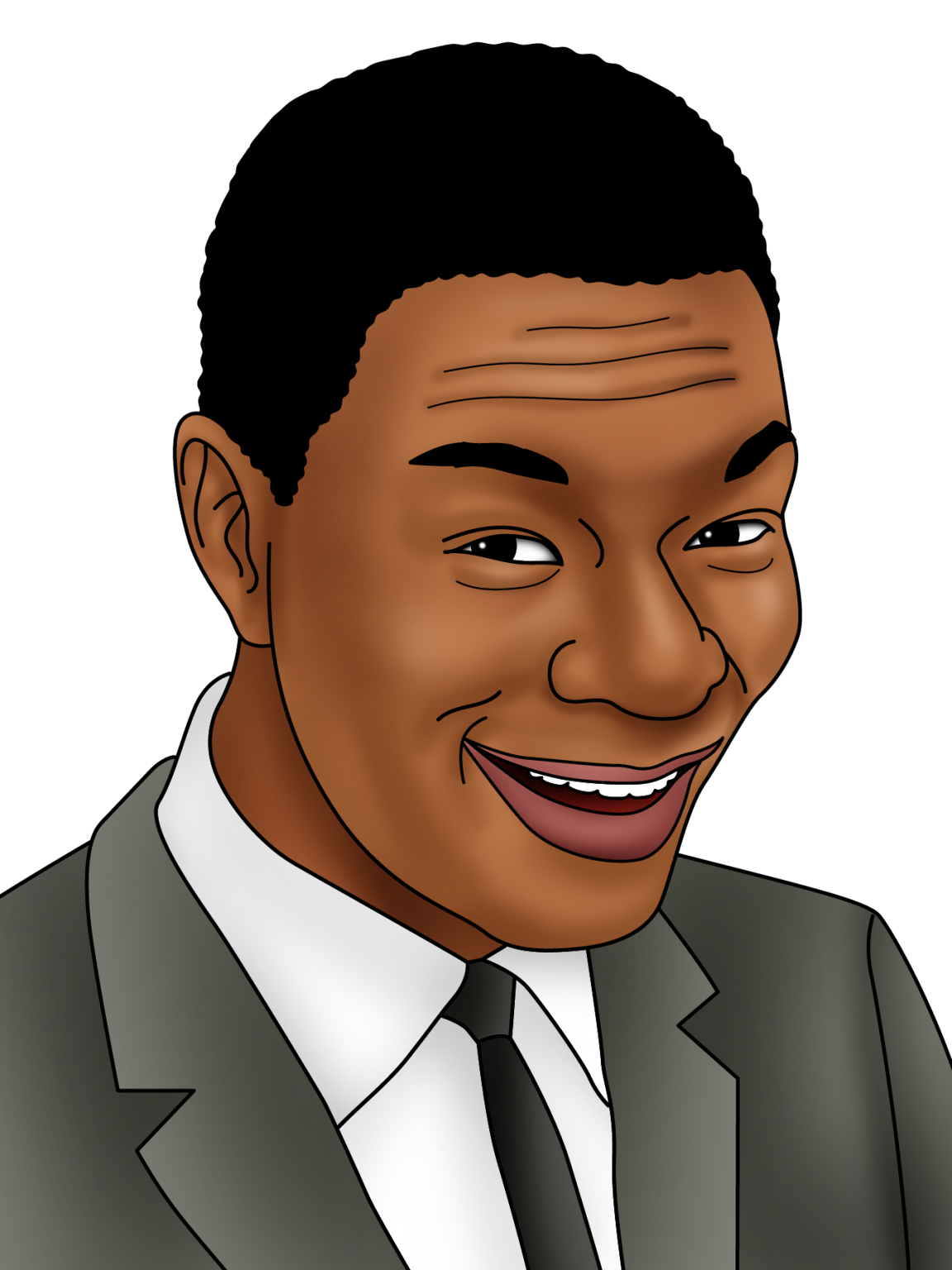 Known for: Being a singer and pianist.

Cole was a singer and musician who recorded over 100 hits.

His TV show featured many notable Black performers of the era.

His songs are remembered in the Grammy Hall of Fame.

I'm an interpreter of stories. When I perform it's like sitting down at my piano and telling fairy stories.

When Nat King Cole was four years old, his family moved to Chicago, Illinois. He learned to play the organ from his mother, and began formal piano lessons at twelve, learning jazz, gospel, and classical music on piano.

Cole would sneak out of the house to visit clubs, sitting outside to hear artists like Louis Armstrong, Earl Hines, and Jimmie Noone.

He formed the King Cole Trio in 1937. They found their greatest success when Nat began doubling as a solo singer. Their first chart success was Straighten Up and Fly Right (1943).

Eventually, Cole’s piano playing took a backseat to his singing career. He first recorded with a full orchestra in 1946 for The Christmas Song, one of his biggest-selling recordings. By the 1950s, he worked almost exclusively as a singer.

Cole’s popularity allowed him to become the first African American to host a network variety programme, The Nat King Cole Show, which debuted on NBC in 1956. The show fell victim to the bigotry of the times, however, and was cancelled after one season.

Cole had greater success with concert performances, and twice toured with his own vaudeville-style reviews. His hits of the early 60s showed that he was moving farther away from his jazz roots, and concentrating almost exclusively on mainstream pop.

In your opinion, why was Straighten Up and Fly Right such a success? Why do you think it took so long for an African American to host a network variety program? Why do you think Nat moved away from jazz and into mainstream pop?