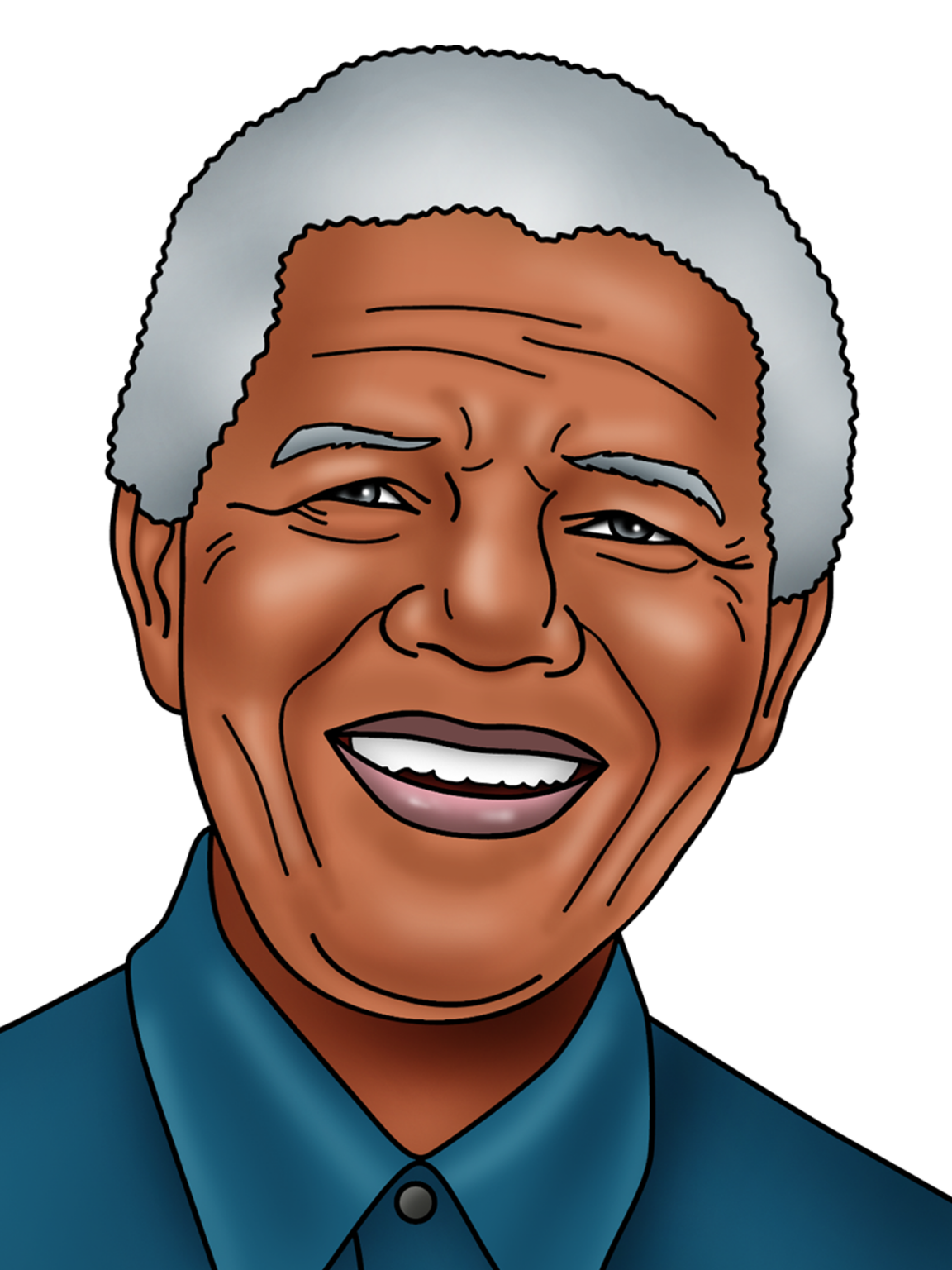 Known for: Being an anti-apartheid activist, and the first Black Head of State in South Africa

After going to boarding school from an early age, Nelson Mandela attended university at the College of Fort Hare, which was segregated. He didn’t complete his studies, however, as he was expelled for organising and participating in a protest against the local white college.

He then started to work as a mine security officer, but later decided to continue his education by studying for, and receiving, two degrees from the University of South Africa – the second in law. Mandela first got involved in politics in 1944, by joining the African National Congress, where he later became the vice-president. In this organisation, he helped the ANC youth league (ANCYL), which campaigned against the apartheid system and became more radical.

During one of their political protests, Mandela was arrested and sentenced to nine months labour as punishment, which was never completed. As he became more radical, he was arrested again in 1956 for treason, but was released after going to trial.

In 1962, under a false name, Mandela secretly left South Africa and travelled to gain support for his campaign against apartheid and racial discrimination in South Africa, as well as to receive military training. But, not long after this, he was found and arrested for leaving the country illegally. He was imprisoned and put on trial, with the death penalty as punishment. It was during this trial that he made his famous 1964 ‘speech from the dock’. Although he was not sentenced to death, Mandela spent over 27 years in prison and wasn’t released until 1990.

Immediately after his release from prison, he continued his involvement in ending the apartheid and white minority rule in South Africa. In 1993, alongside the president, he won the Nobel Peace Prize for removing the apartheid system. A year later, he was elected president – the first Black Head of State in South Africa. After he retired from this role, he set up and worked with several charities and advocated to support people with AIDS, a virus which caused the death of his son.