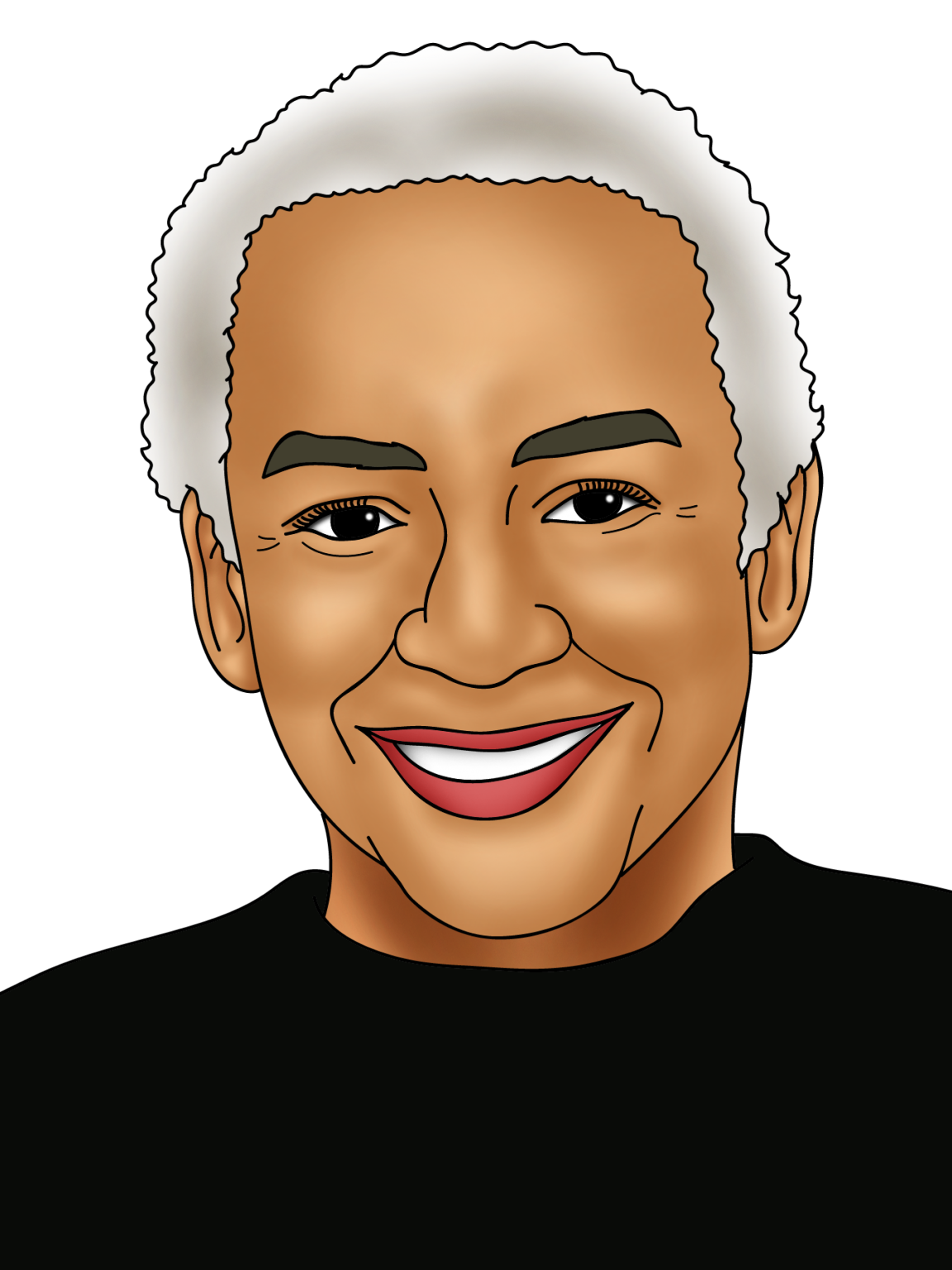 Known for: Being a poet and writer.

She won the Langston Hughes medal in 1996.

A species of bat, Micronycteris giovanniae, was named after her.

She was named one of Oprah Winfrey’s ‘25 Living Legends’.

Nikki Giovanni is one of the most well-known African American poets alive today. She has written books of poetry, recorded spoken poetry, written essays, and writes children’s literature. Giovanni was part of something called the Black Arts Movement. This was a movement led by African American people to celebrate Black arts in the 1960s and 1970s, with a message of Black pride.

Giovanni wrote about Black people being treated unfairly in America. She also wrote about families, love, and children. Her writing has been inspired by jazz music and her family’s stories. In the 1970s, Giovanni also began writing for children and started her own publishing company for other African American women to publish their work.

Coming to fame in the 1960s, Giovanni is a popular reader of her own poetry and a well respected speaker on Black civil rights. Her recorded album of poetry, The Nikki Giovanni Poetry Collection, won a Grammy Award. She was also named as one of Oprah Winfrey’s 25 ‘Living Legends’.

Giovanni’s poetry has been reprinted many times, and she still writes today. She teaches at different universities including the famous Virginia Tech. She has been honoured for her life and career by the History Makers, a charity which celebrates important people. Giovanni is very well known today for her work fighting for women’s rights.