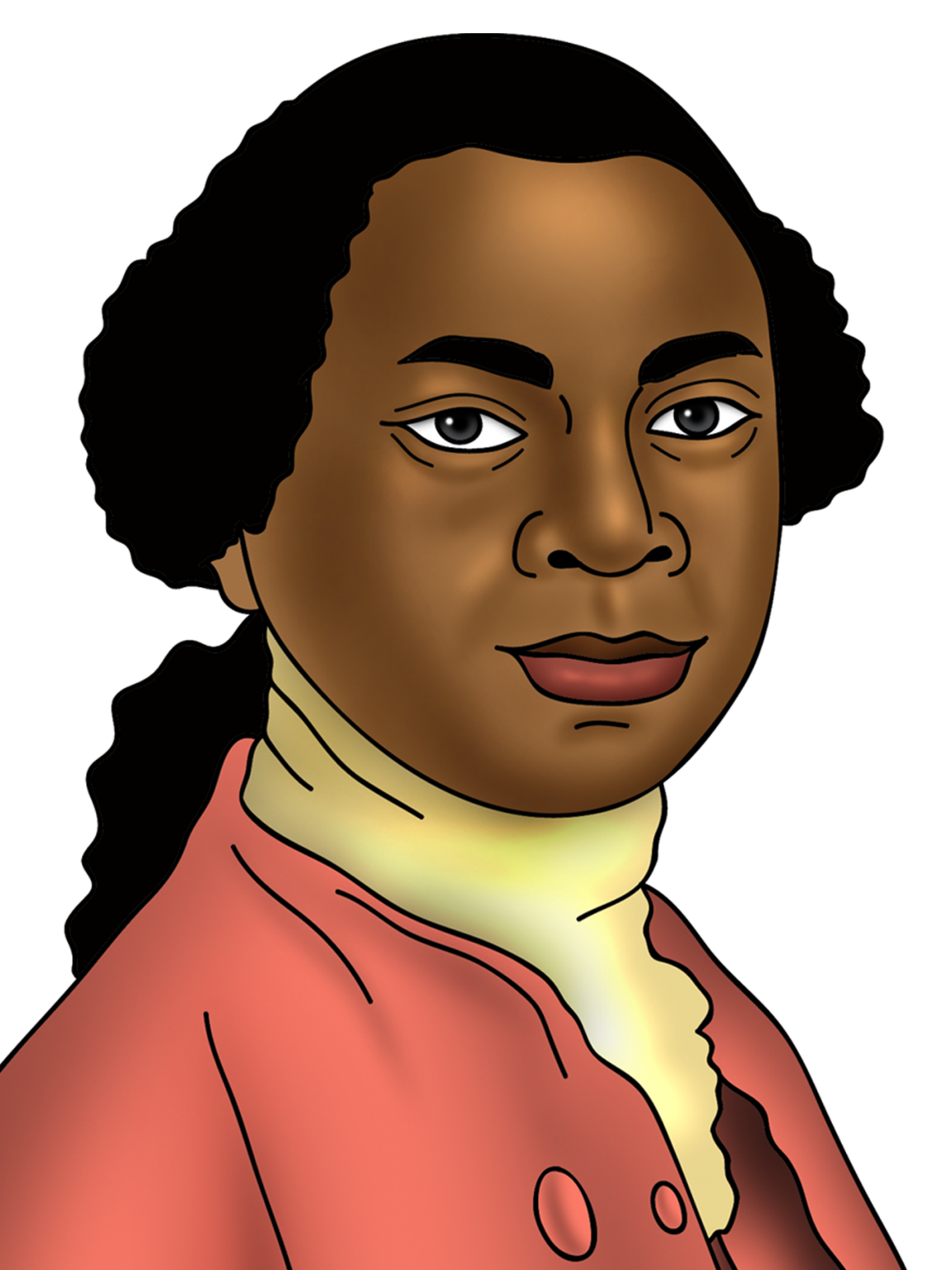 Known for: An enslaved person who fought for the end of slavery in England after he was freed.

Equiano was kidnapped and enslaved as a young child.

He eventually earned freedom and became a renowned abolitionist.

Equiano’s book was printed in nine editions in his lifetime.

But is not the slave trade entirely at war with the heart of man?

Olaudah Equiano was born in, what was then the Kingdom of Benin. This is Southern Nigeria today. When he was a child, Equiano and his sister were kidnapped by local slave traders. He was sold to British slave traders and taken by ship to the West Indies. He was sent to Virginia in America. Michael Henry Pascal, a British captain of a trading ship, bought him and took him to England in 1757. Pascal gave him the name Gustavus Vassa after a Swedish king.

Equiano spent the next years being a servant to Pascal’s cousins, the Guerin sisters. The sisters gave him an education, so he learned to read and write. He also travelled the world with Pascal, and fought in his army in the Seven Years’ War. In 1763, at the end of the war, Pascal had promised to free him. He broke this promise and sold him to the captain of a slave ship. He was sent back to the West Indies and sold to a man named Robert King, who took him to Georgia. He dreamed of his freedom. Robert let him work to be free, and in 1766, he had saved enough money to buy the papers needed to make him free. He went back to England.

In England, Equiano worked different jobs. He joined a trip to the North Pole led by scientist Charles Irving. He also became an abolitionist when in England. Abolitionists fought to end slavery and the slave trade across the world. He gave speeches about the cruelty of British enslavers. He spoke about his own experiences. He wrote a book about his life, which showed how badly enslaved people were treated.

Equiano died on 31st March 1797, aged 52, in Middlesex, England. His writing has been studied by lots of historians since the twentieth century. He is remembered for showing the world the horrors of slavery through his writing.