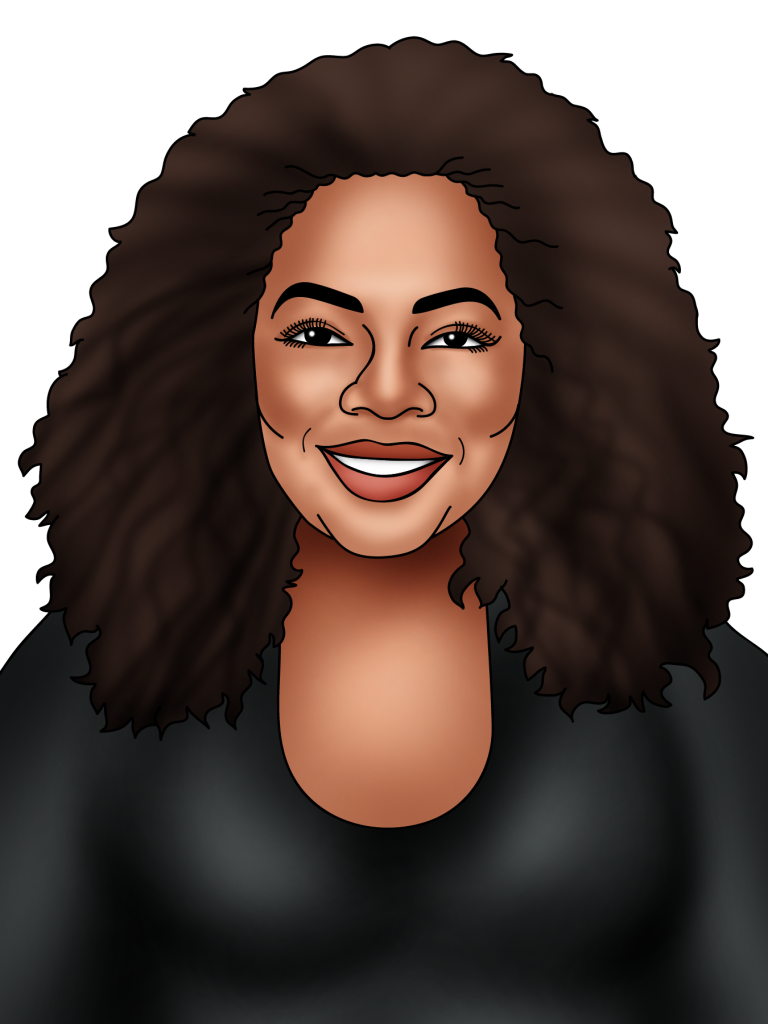 Known for: For being a TV presenter, actress, television producer, media executive, and philanthropist.

Oprah Winfrey was born into poverty, but built a billion dollar fortune.

She hosted the highest-rated television programme of its kind in history.

She’s acted in films, plus launched magazines and television networks.

Oprah Winfrey was born on a farm in Kosciusko, Mississippi. Her parents separated when she was young, so her grandmother raised her. Winfrey went on to live with her mother in Milwaukee, Wisconsin, then, when she was a little older, she was sent to live with her father and stepmother in Nashville, Tennessee. There, her love for reading grew, and she became a good student.

Winfrey had a difficult upbringing and faced many challenges, but that did not stop her from achieving success. She won a full scholarship to Tennessee State University. While in college, she worked as a television news anchor. In 1977, she began co-hosting a morning talk show. She attracted viewers with her friendliness and honesty.

In 1984, Oprah became the host of a talk show in Chicago, Illinois. The show became so popular, so quickly, that it was renamed The Oprah Winfrey Show. She hosted the show until 2011. It became the highest-rated television programme of its kind in history. It was greatly watched throughout the world. Fans loved features like its on-air book club, and giveaways of her favourite products.

Oprah did not limit herself to her talk show. She starred in the movies The Colour Purple (1985) and Beloved (1998). She launched the Oprah Magazine in 2000. She also co-founded two television networks, including the Oprah Winfrey Network (OWN), and a radio channel.

Winfrey gave time and money to many causes. For example, she spoke out against child abuse, and opened a school for girls in South Africa. Today Winfrey is one of the most well-known female personalities in the United States, as well as one of the richest and most influential.

What is the significance of Oprah’s success? Why do people admire Oprah? What do you think was the turning point in Oprah’s career? Give reasons for your answer.