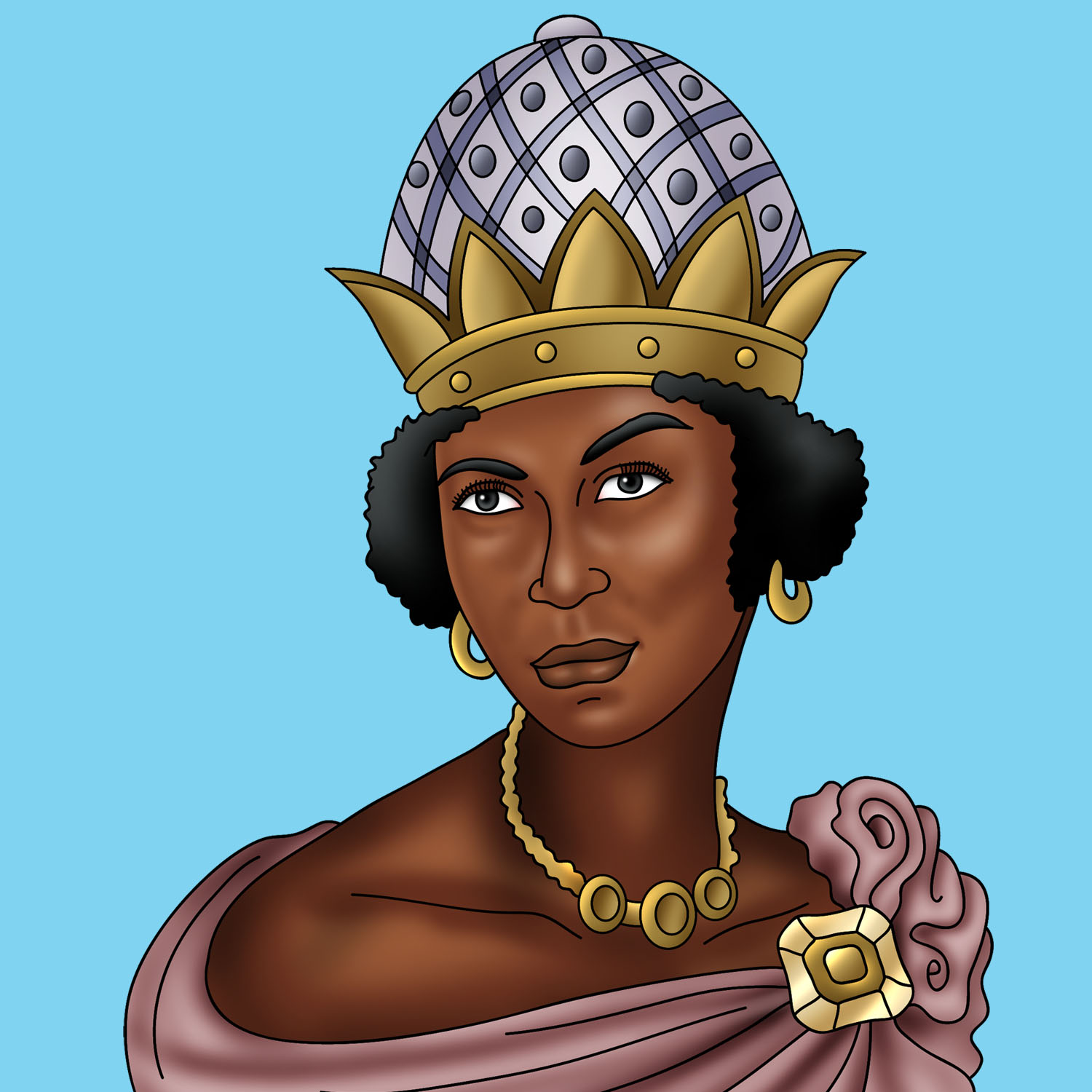 Known for: Resisting Portuguese invasion and slave raids for 30 years.

She was an astute diplomat and visionary military leader.

We love to learn

Queen Nzinga of Angola was a great monarch who fought against the
European slave trade expansion in Central and West Africa. When her
kingdom came under attack from both the Portuguese and other
African tribes, Nzinga used her army and negotiation to maintain the
independence of her kingdom.

Portugal betrayed Nzinga and she was forced to move west with her
people, where they made a new home and state, called Matamba, well
beyond the reach of the Portuguese. Nzinga focused on developing
Matamba as a trading power by capitalising on its position as the
gateway to Central Africa.
Nzinga offered a home to runaway slaves and Portuguese-trained
African soldiers, and changed the way they fought to make them more
successful. She also found a friend in the Netherlands, who was at war
with Portugal.

Nzinga inspired her people to resist colonialism. Renowned for her
compassion and bravery, she was an astute diplomat and visionary
military leader.

Despite repeated attempts to capture or kill Queen Nzinga, she died
peacefully in her eighties in 1663. By the time of her death, Matamba

was an independent, powerful state that dealt with the Portuguese on
an equal footing. Her legacy is a symbol of strength and liberty
honoured and respected throughout Africa.

Why do you think she was a good queen? What qualities can be used to describe her leadership? Would you consider her a symbol of liberty, if so why?