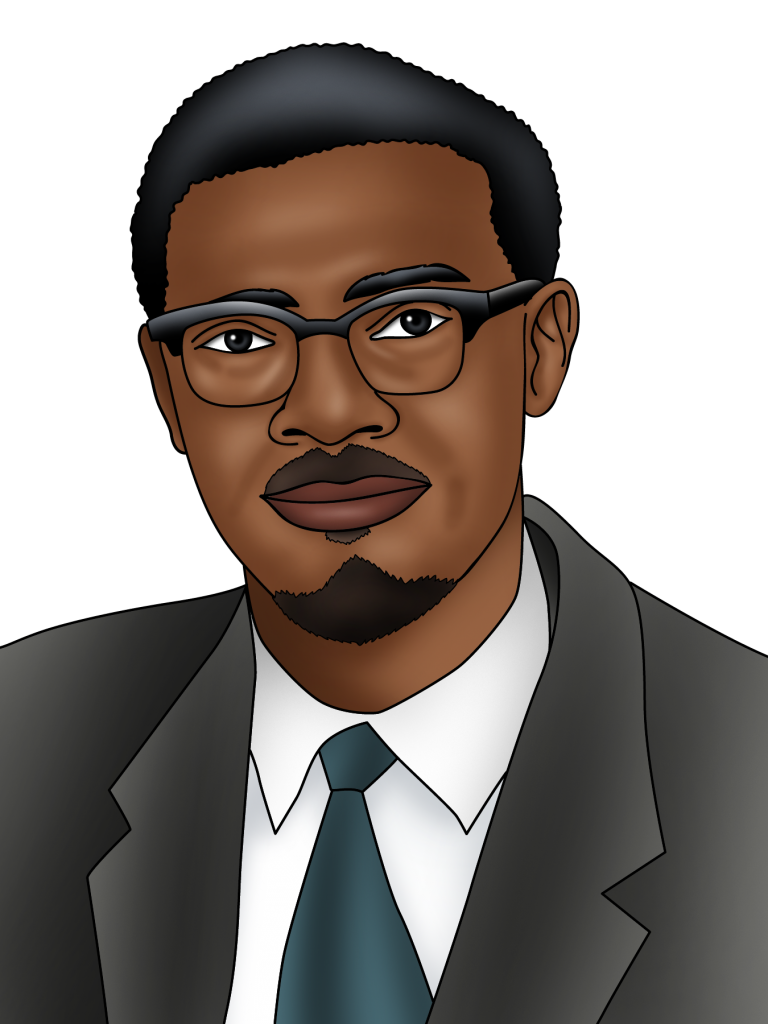 Known for: Being the first Prime Minister of the Democratic Republic of the Congo.

He was declared a national hero in Congo in 1966.

A boulevard in Congo’s capital city, Kinshasa, is named after him.

Without dignity there is no liberty, without justice there is no dignity, and without independence there are no free men.

Patrice Lumumba was born in Onalua, in what is now known as the Democratic Republic of Congo. Congo was ruled as a colony of Belgium at that point. He didn’t complete his schooling, but he moved to Léopoldville, and became involved with trade unions. Trade unions fight for workers’ rights. He also joined the Belgian Liberal Party.

In 1955, Lumumba was convicted of stealing money from the post office, and spent twelve months in prison. After he was released, he became a salesman. Lumumba became involved in the nationalist movement, which was growing in Africa at this point. In 1958, he started the Congolese National Movement. Congo was given independence by Belgium on 30th June 1960, and when this happened, Lumumba’s party won the election and he became the first Prime Minister. However, the party was ruled by Lumumba’s biggest political rival, President Joseph Kasavubu.

Lumumba was the prime minister for less than three months. He was then murdered at age 35 by his political enemies, just four months after he was taken out of office. He is seen as a national hero in Congo for his bravery and ambition. In 2002, Belgium admitted it had played a role in Lumumba’s death and apologised for this.

Patrice Lumumba turned to the Soviet Union in Russia for support when his political rivals were trying to get him out of office. Why do you think he did this?