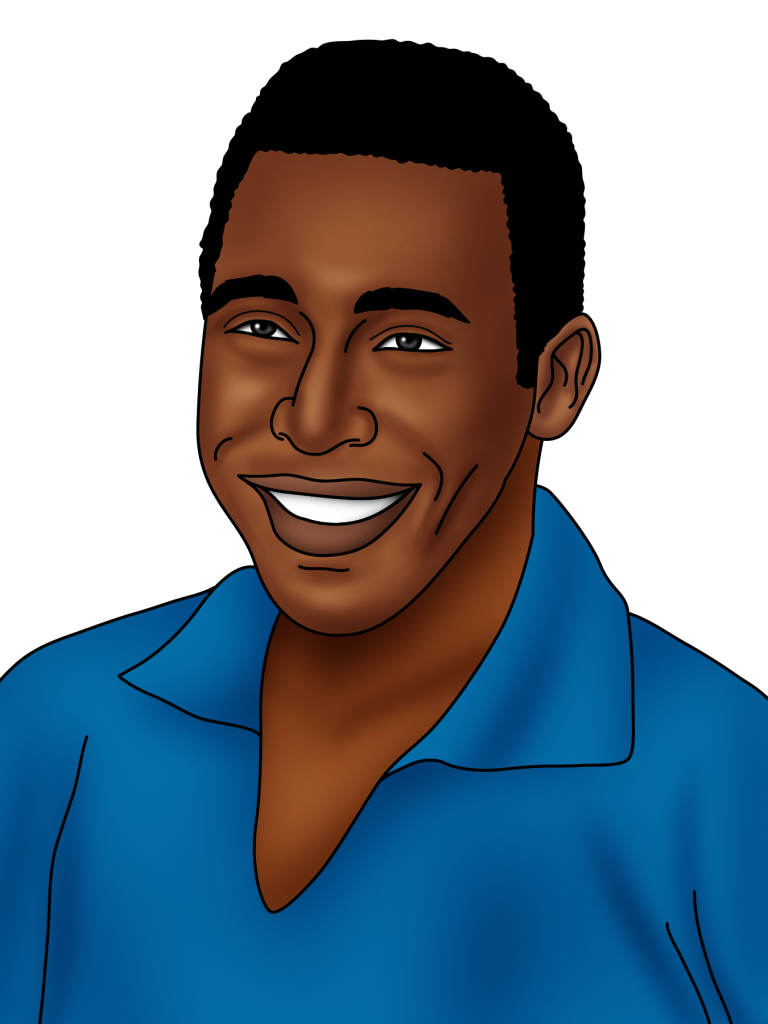 Known for: Being considered one of the greatest footballers of all time.

The nickname Pelé, while famous, has no meaning.

In 1978, Pelé was awarded the International Peace Award.

Pelé served as Brazil’s minister of sport for four years.

Success is no accident. It is hard work, perseverance, learning, studying, sacrifice and most of all, love of what you are doing or learning to do.

Edson Arantes do Nascimento known as Pelé was born in the small village of Três Corações, Brazil. His father taught him how to play soccer, and he dropped out of school so he could practice. By age 11, he began to receive professional coaching.

In 1956, Pelé began his professional career with the Santos Football Club, leading Santos to many championships and broke many records. Pelé led Brazil’s national team to three World Cup championships. The first time was in 1958, when he was only 17 years old. He astonished the world by scoring six goals, including two in the final.

The young footballer received many offers to play for European clubs, and Brazilian President Jânio Quadros eventually declared Pelé a national treasure, making it legally difficult for him to play in another country. With Pelé’s help, Brazilian teams also won the World Cup in 1962 and 1970. In 1975 Pelé joined the New York Cosmos. He led the team to a league championship in 1977 and then retired.

After retiring, Pelé composed music, wrote several books about his life, and appeared in several films. He also worked for children’s causes.