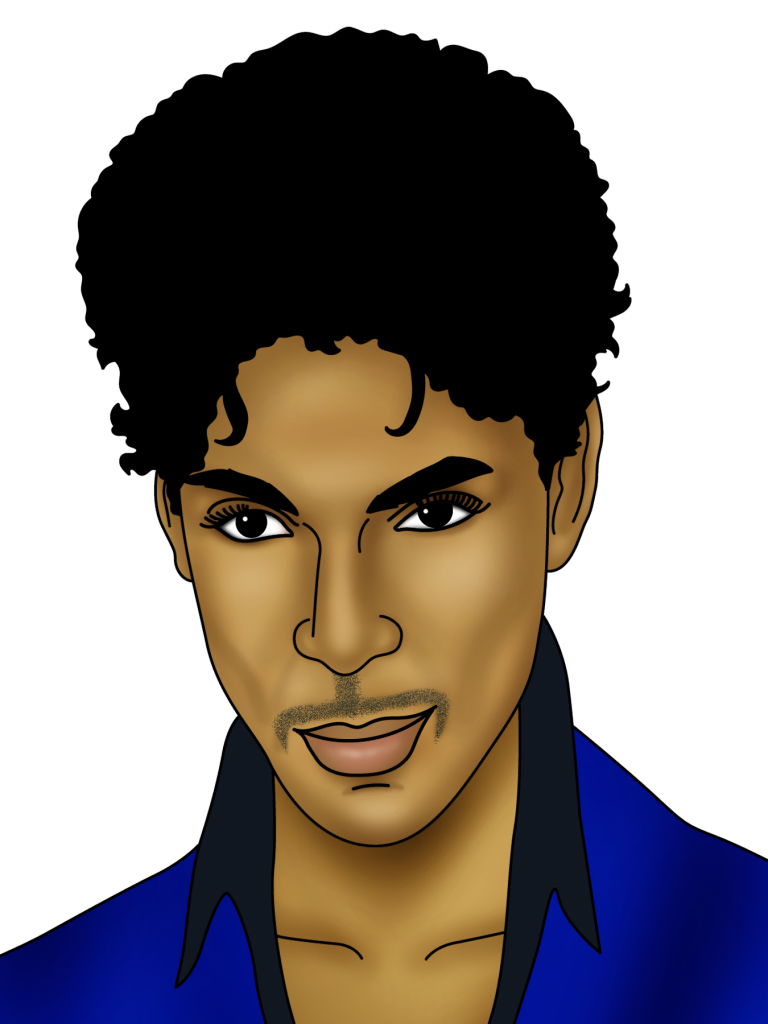 Known for: Being a singer, music writer, and composer.

Prince was able to play almost all the musical instruments on his albums.

Prince was one of the greatest musicians of his generation.

Prince was conducted into multiple music Halls of Fame.

Am I black or white? Am I straight or gay? Controversy.

Prince’s early childhood was troubled. After his parents separated when he was ten years old, he moved into his neighbours’ home. His neighbours took care of him and brought him up as their own.

Prince started his musical career at a very young age. He taught himself to play the guitar and piano before the age of fourteen, when he started a band and made music with his high school friends.

His professional music recording started in 1979, when he created an album called Prince, which was a great hit, as well as the background song for the film Purple Rain, which was a global success. Prince’s music was loved by society, and he often sang about controversial topics no other singer would touch, such as on his album Controversy in 1981.

He composed a lot of music, but due to his $100m contract with Warner Bros. (the biggest music contract on earth at that time), he could only make one album a year. This meant that he often gave the music he created to other artists, helping them rise to fame as well. He also composed music for films. Throughout his music career, he was described as ‘stylish’ due to his style of clothing and hairstyle, which he was renowned for in shows and films.

How might Prince’s childhood have impact on his music? Why might Prince have chosen such a distinct and unique style? Why do you think the public liked Prince’s music so much?