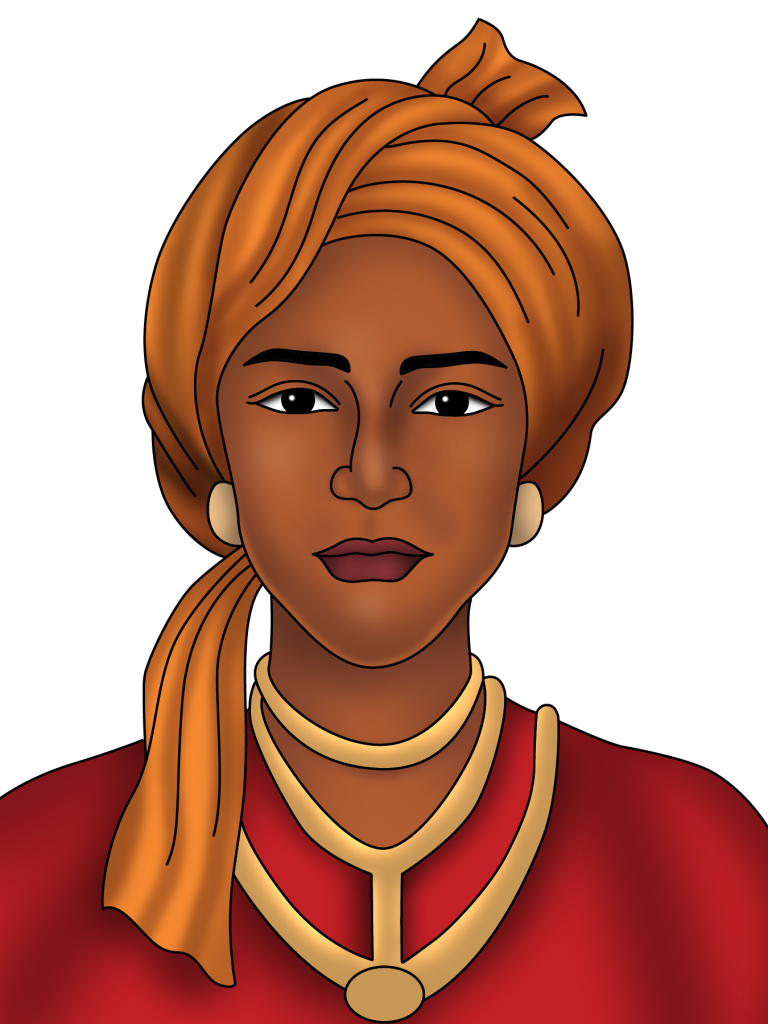 Known for: Being the warrior queen who expanded the territory of the Hausa people of North Africa to the largest borders in history.

Amina was also referred to as 'the warrior queen'.

She innovatively introduced metal armour to protect her army.

She built walls around Zaria and other cities, which still exist today.

Amina was born around 1533 in Zaria. Amina, also referred to as the warrior queen, expanded the territory of the Hausa people to its largest borders in history.

Amina had great military skills and was very intelligent. Leading her vast army to many victories, thanks to great strategic planning and innovative new ideas. Her people were talented metal workers, so Amina introduced metal armour, including iron helmets and chainmail to protect them in battle.

The expansion of Amina’s kingdom made it the trading centre for all southern Hausa land, guaranteeing Zaria’s prosperity. Amina brought unheard-of wealth to the land. She was the architect of the strong earthen walls around the city, building many of these fortifications, now commonly known as ‘Amina’s walls’, around various conquered cities. Many of these walls remain in existence to this day.

What were Amina’s best qualities as a leader and why? Why is trading so important for a successful kingdom? What do you believe is Amina’s greatest achievement?