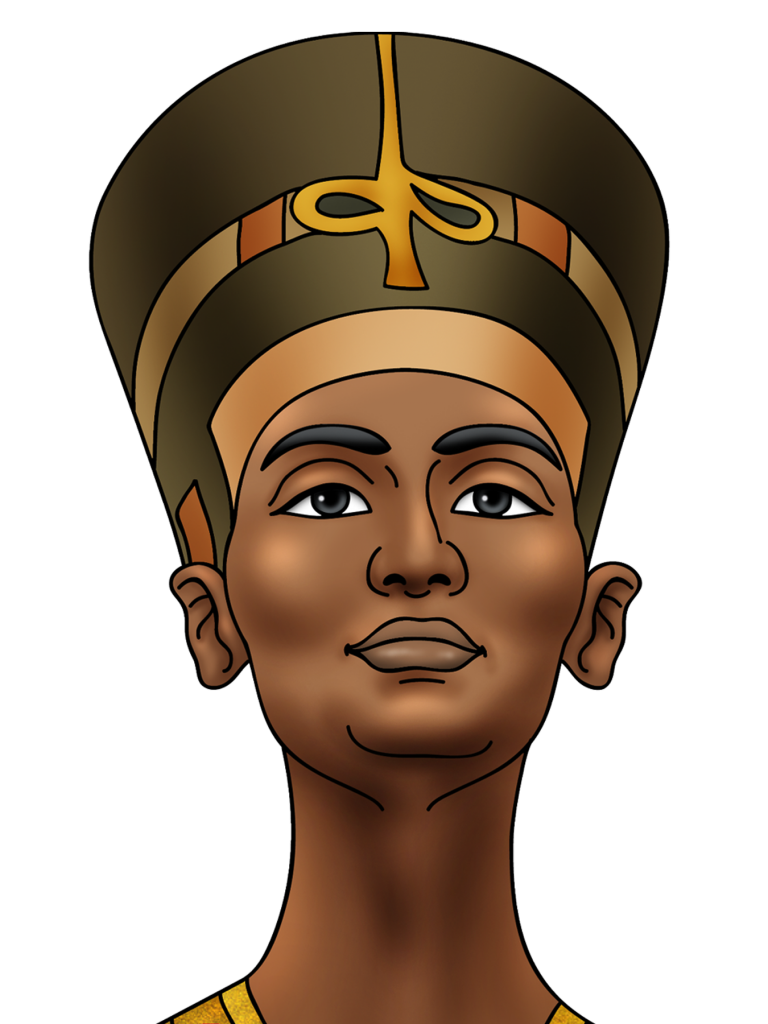 Known for: Her beautifully decorated tomb in the Valley of the Queens.

Nefertari’s elaborate tomb is in the Valley of the Queens, Egypt.

She ruled alongside her husband, King Ramesses II, for 24 years.

She was well educated and possessed great diplomatic skills.

Queen Nefertari is one of the most famous Egyptian Queens, and the first wife of King Ramesses II. She could read and write, which few people could do at the time, and was well educated. As Queen, she used these skills, along with her diplomatic ability, to help her husband in the running of the kingdom.

One for whom the sun shines

While Nefertari had no outstanding achievement of her own, she was greatly loved by her husband, and he made this widely known in the things he said and did. He made huge statues of her and buildings for her all over Egypt. In the Valley of the Queens, where she was buried, her tomb was the largest and most elaborate of all. It was decorated in beautiful colours, with many wall paintings, all of which can still be seen today.

If this was not enough, Ramesses II wrote a lot of poetry for her, and some of this was found in her tomb in our time. He loved her, and called her many different names, like ‘lady of grace’, ‘wife of the strong bull’, ‘mistress of upper and lower Egypt’, and ‘the one for whom the sun shines’.

She ruled with him for 24 years.

Does Nefertari demonstrate the importance of education? Why do you think Nefertari left such an impression on history? What do you think was her greatest achievement and why?