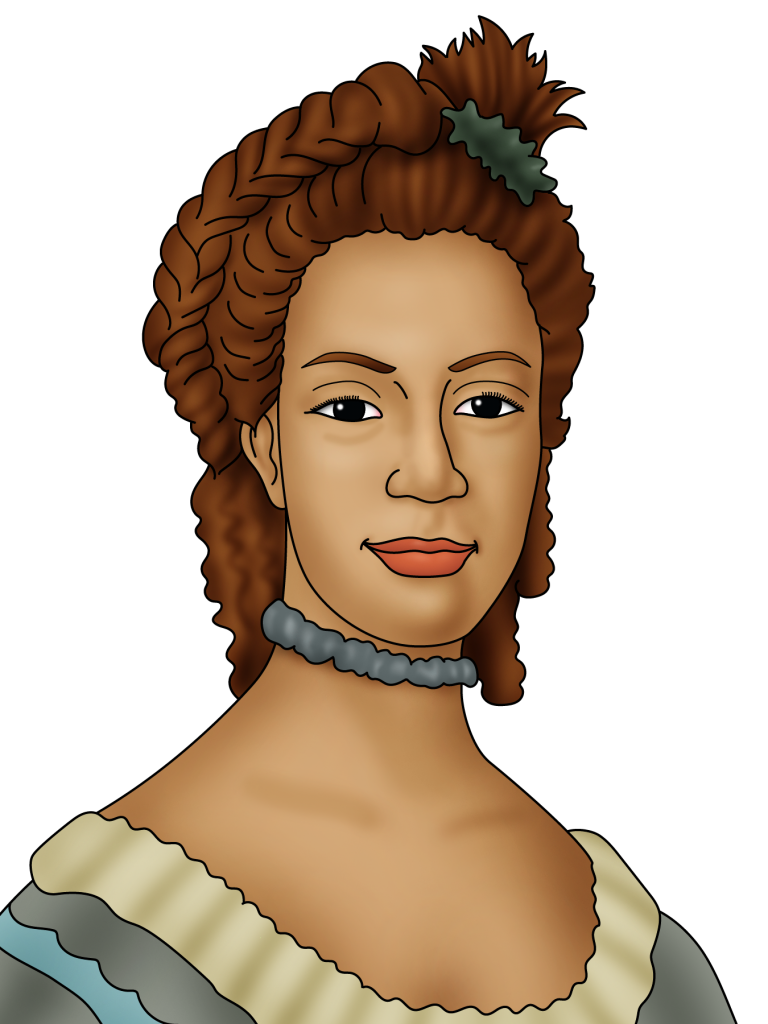 Known for: Introducing the Christmas tree into Britain.

Charlotte married at age sixteen and became queen at seventeen.

She was the second Black queen of England, after Queen Philippa.

She was the first person in England to have a Christmas tree.

Speaking of the American rebels: "This diabolical war will continue to cost a lot of blood. Cursed be those who encourage the rebels."

Princess Sophia Charlotte was the second Black queen of England after Philippa of Hainault. She was the wife of King George III, and Queen of Great Britain and Ireland.

Queen Charlotte is the great-great-great grandmother of the present Queen Elizabeth II, who still lives in the place where Charlotte lived: Buckingham Palace.

Queen Charlotte had fifteen children with her husband. Sadly, two of their children died. Their fourth eldest son, Edward Augustus, Duke of Kent, became the future father of Queen Victoria.

When Charlotte got married, she spoke no English, but she then learned the language quickly, speaking with a strong German accent. She was described as being shy at first, but chattier around people she knew.

Queen Charlotte was very intelligent, wrote many letters, and enjoyed the fine arts. She really enjoyed music, and learned how to play many instruments. Musical pieces were also made in honour. She helped to open Kew Gardens.

It was Queen Charlotte who introduced the Christmas tree to England, having the first one in her house in 1800.

What would you remember most about Queen Charlotte and why? How do we know that Charlotte was intelligent? And would you say intelligence is important to be a queen? How did Charlotte influence modern day culture?