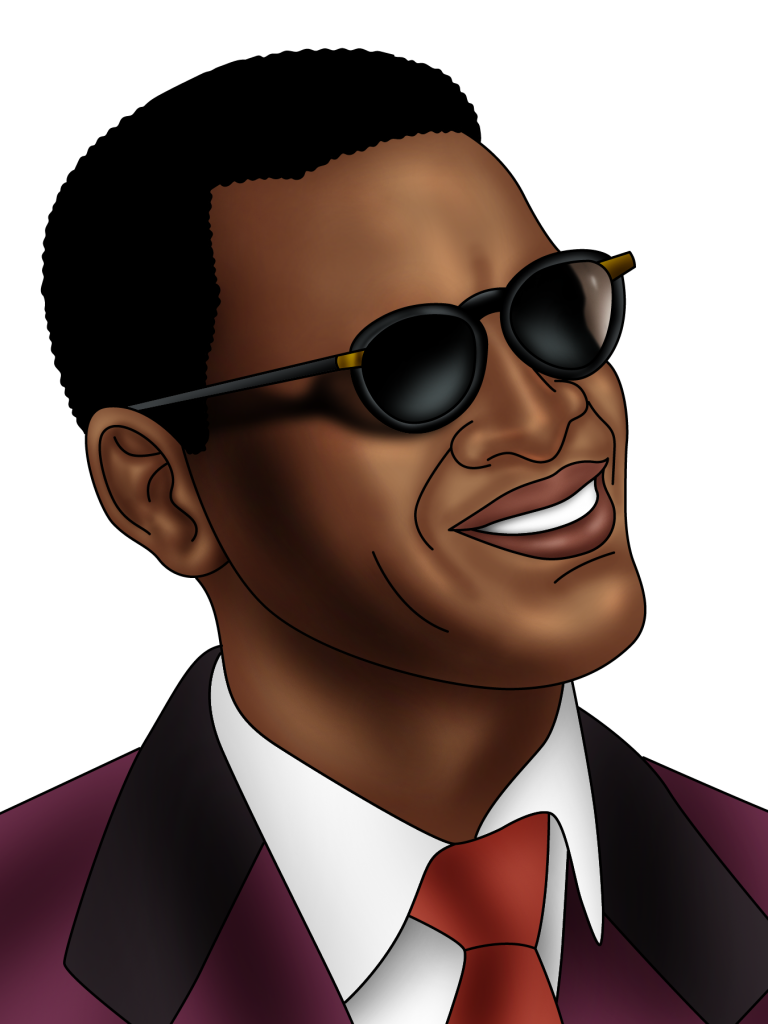 Known for: Being a musician.

Charles was a successful musician and performer

He won over 12 Grammys, a very prestigious award in music

He was often referred to as "The Genius."

I can’t retire from music any more than I can retire from my liver. You’d have to remove the music from me surgically – like you were taking out my appendix

Ray Charles was raised by his single mother in the segregated South of the United States. Charles had a tough childhood; he lost his brother when he was five and his mother at 15.

As well as this, he became blind at age seven. Luckily he had been brought up to be very independent and could do most things himself. He attended the Saint Augustine School for the Blind in Florida where his passion for music grew, particularly after he learnt to play the piano.

He started singing professionally at 16. He formed his own band, the McSon Trio, and started producing his own music. He was known to be strong-willed and a go-getter, who often moved from one city to the other, if it offered better prospects for him.

From 1954, he mixed different genres of music and rose to fame, meaning he was able to play in venues which African-Americans were not normally allowed in. His most famous song, “Georgia on My Mind”, was made the state official anthem after being released in 1959.

He believed in the power of music to make life better, and also in education. He donated to charity foundations which helped to provide education to disadvantaged people in society, and also to nurture new musical talent.

What do you think is the biggest challenge Charles overcame? Why might Charles have loved music so much? How do you think Charles felt, playing somewhere where African-Americans were normally banned? Did you know: Charles was famous for creating a genre of music known as soul, where he combined jazz, gospel, blues and country music.