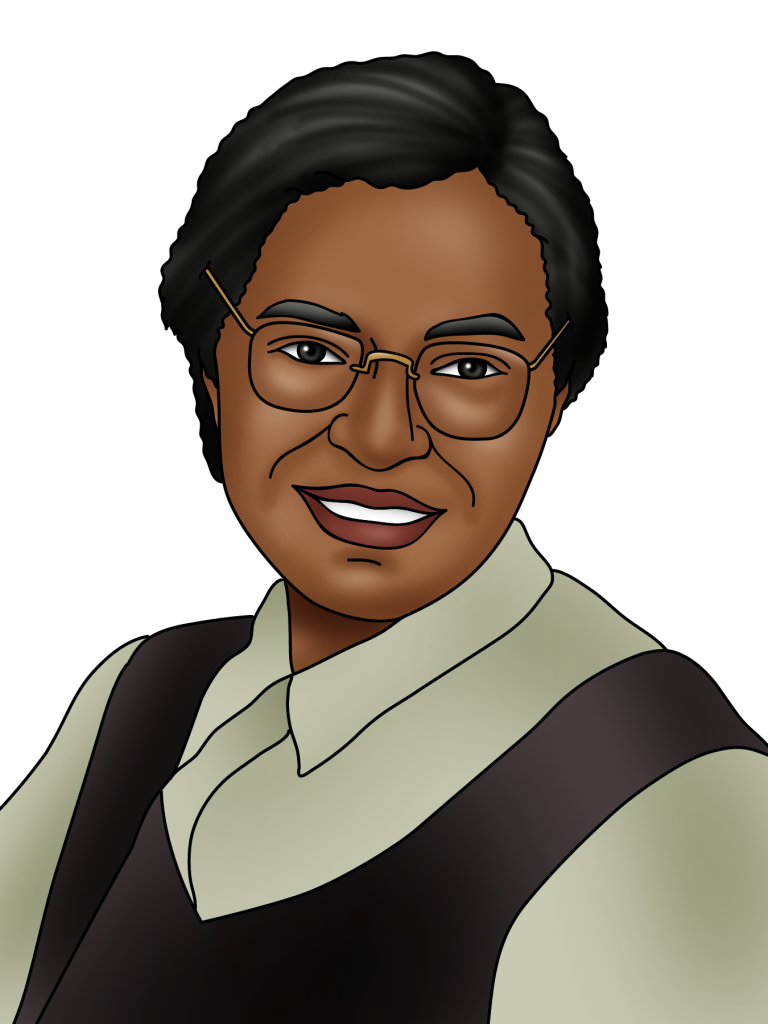 Known for: Helping to spark the civil rights movement through her refusal to give up her seat on a bus to a white man.

Parks became known as “the mother of the civil rights movement”.

She received the Congressional Gold Medal and the Presidential Medal of Freedom.

A statue of Parks was placed in the Capitol, a huge honour.

At the time I was arrested, I had no idea it would turn into this. It was just a day like any other day. The only thing that made it significant was that the masses of the people joined in.

Growing up under Jim Crow

Rosa Parks was a civil rights activist. Growing up, Parks went to segregated schools. The southern states of the United States were governed by the Jim Crow laws, which said that African Americans had ‘equal, but separate’ rights.

This was not true and led to legal segregation and racial discrimination. Black people had separate schools, churches, libraries, restaurants, toilets, drinking fountains, waiting rooms, and work offices. All of these were worse in quality to those provided for the white population.

Parks was aware of these laws when, on the 1st of December 1955, after a long day at work, she boarded a bus home. In Montgomery, where she lived, the front seats were reserved for whites only, and the back seats for Black people. Parks sat at the front of the bus. When she was told to move, she refused and was arrested.

She was fined for breaking the law but refused to pay it, leading to a court case. Her protest rallied the Black community and they joined her in boycotting the bus services for over a whole year.

This created immense money losses for the company, and sparked further actions by Black people on behalf of civil rights nationwide. Parks was already an activist for civil rights, having worked alongside her husband for the NAACP, and her courageous actions caused her to lose her job and receive death threats.

However, when the case came to trial, the Supreme Court ruled that the segregation laws were not right and had to be changed. This was an important step in the fight of Black people in the U.S. for equal rights.

Why do you think so many people took part in the Montgomery Bus Boycott? What do you think was the reason for Rosa Parks being a symbol of the movement? Why was she given lots of awards? Parks believed that all people deserved complete freedom and that everyone should be treated the same.