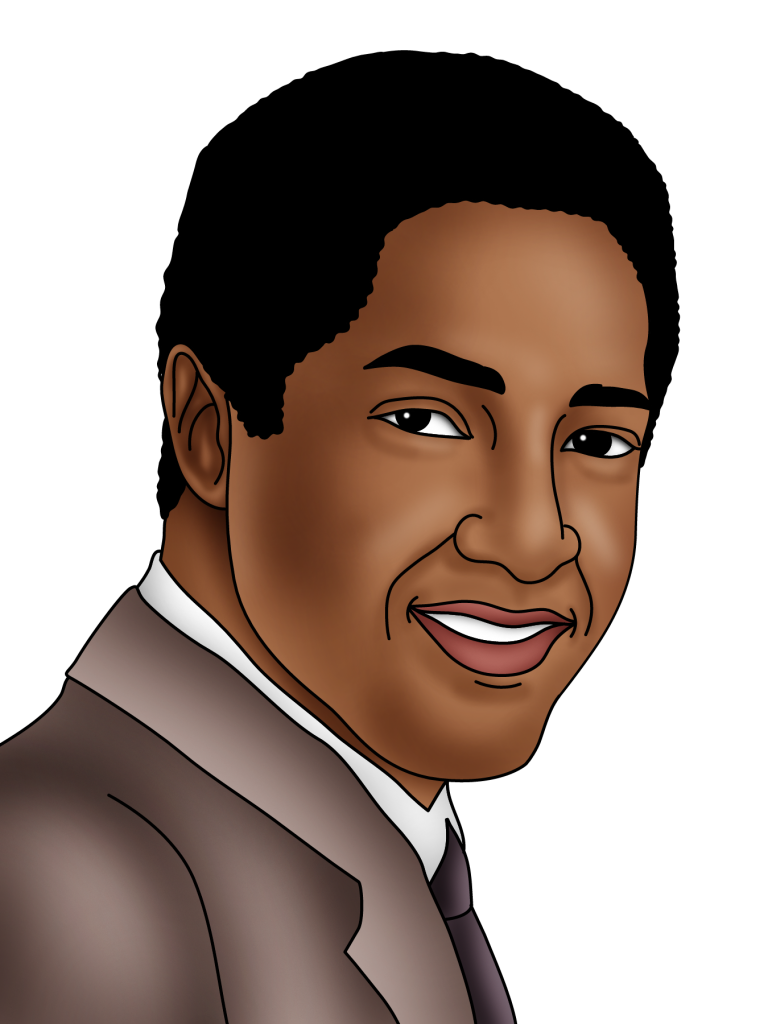 Known for: Being a singer and musical pioneer.

Cooke was not only a great musician, but also a businessman.

He was inducted into the Rock and Roll Hall of Fame in 1986.

In 1987, he was inducted into the Songwriters Hall of Fame.

I’m gonna sing, and I’m going to make me a lot of money.

The son of a minister, Sam Cooke was like many young Black singers, in that he started as a child in his local church choir. Cooke started his own group and then went on to join the Soul Stirrers, singing gospel music.

After six years with the Soul Stirrers, Cooke began to sing as a solo artist. In 1957, he had his first number one hit with a song called You Send Me. A string of pop and R&B hits soon followed. He landed huge hits like Wonderful World, Chain Gang and Twistin’ the Night Away.

Creating a link between soul and pop, Cooke’s music attracted both Black and white audiences. Sam broke new ground by playing nightclubs, such as the Copacabana in New York City, previously off-limits to rhythm-and-blues acts.

As well as being a talented singer and songwriter, Cooke was a smart businessman. He established his own publishing company for his music in 1959, and negotiated an impressive contract with RCA in 1960. Cooke got a large advance payment, and the promise of ownership of his master recordings after thirty years, which is unusual for musicians. In 1994, he received a star on the Hollywood Walk of Fame for his contributions to the music industry.