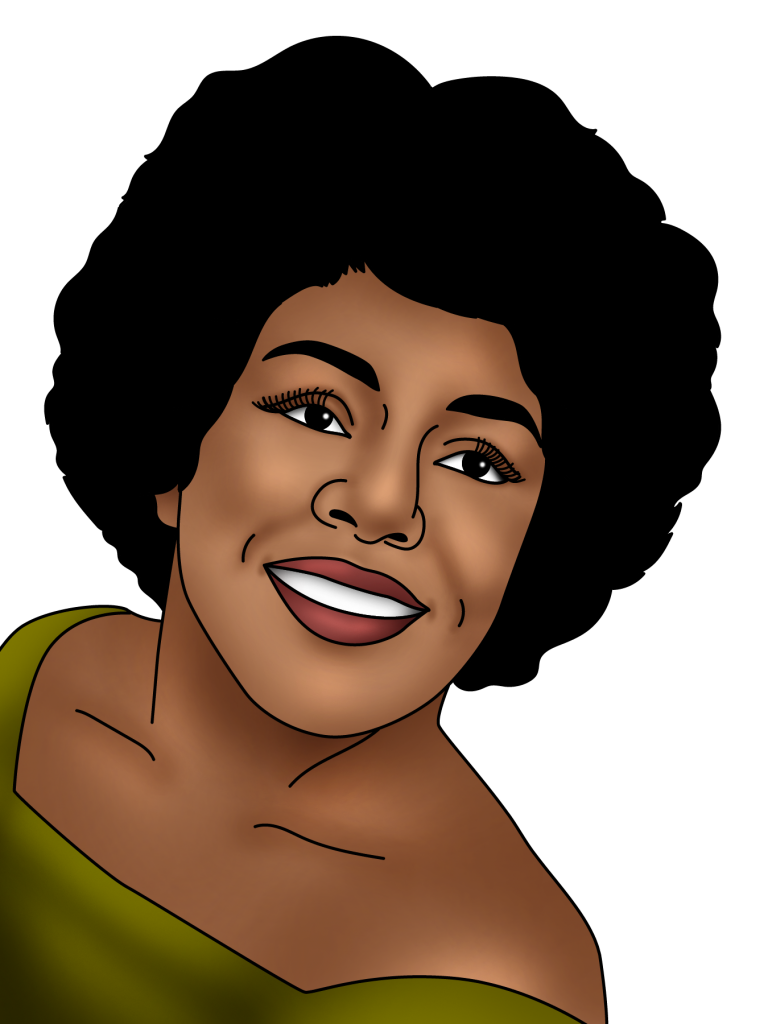 Vaughan was a successful pop and jazz singer.

She was selected to join the Jazz Hall of Fame in 1990.

She also received a star on the Hollywood Walk of Fame.

When I sing, trouble can sit right on my shoulder and I don’t even notice.

Sarah Lois Vaughan was born near New York. Outside of their regular jobs as a carpenter and a laundress, her parents were also musicians. Growing up, the young Vaughan studied the piano and organ, and was a solo singer at Mount Zion Baptist Church. Her first step toward becoming a professional singer was taken at a talent contest held at Harlem’s Apollo. She won the 1942 competition with her rendition of Body and Soul.

She also caught the attention of another singer, Billy Eckstine, who persuaded Earl Hines to hire Vaughan to sing with his orchestra. She was hired as a pianist at first, but she later became the main singer. She spent the remainder of 1943 and part of 1944 touring the country.

Dubbed ‘The Divine One’ by a DJ in Chicago, her popular recordings included If You Could See Me Now and It’s Magic.

The next decade saw Vaughan produce more pop music, though when she joined Mercury Records, she also recorded jazz songs on a subsidiary label, EmArcy. She sang hits like Whatever Lola Wants, Misty, and Broken Hearted Melody, which sold more than a million copies.

Vaughan gave concerts in the United States and Europe, and her singing was also heard in films such as Disc Jockey (1951) and Basin Street Revue (1956). After the 1950s, she remained a popular performer, particularly when she sang live.

Vaughan was awarded a Lifetime Achievement Grammy in 1989.