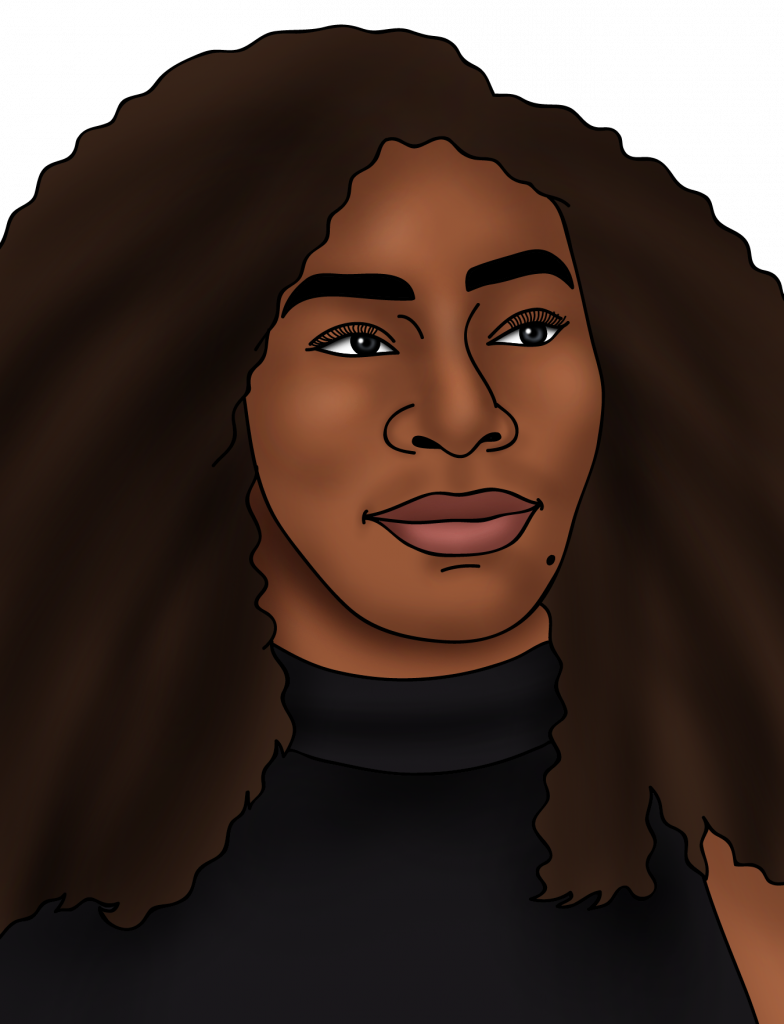 Known for: Being one of history’s greatest tennis players.

Serena was ranked world No. 1 in singles on eight separate occasions.

She was the second African American woman to win a Grand Slam event.

I’ve always considered myself the best and the top. I never considered that I was out of it.

Serena Williams’s professional debut was in 1995, and she quickly climbed the rankings: in 1999, at just 18 years old, she won the U.S. Open and was ranked number four in the world.

Serena Williams won three more Grand Slam titles in 2002. After her French Open victory in 2002, she climbed to number two behind only her sister, Venus.

The Williams sisters were the first siblings ever to occupy the top two spots in the world rankings at the same time. On July 8, 2002, Serena overtook Venus in the rankings for the top spot. In 2003, Serena Williams won the Australian Open and Wimbledon, beating her sister in the finals.

Why were the Williams sisters record breakers? What was the significance of Serena attending Wimbledon in 2018? Why was Serena’s first Grand Slam win significant?