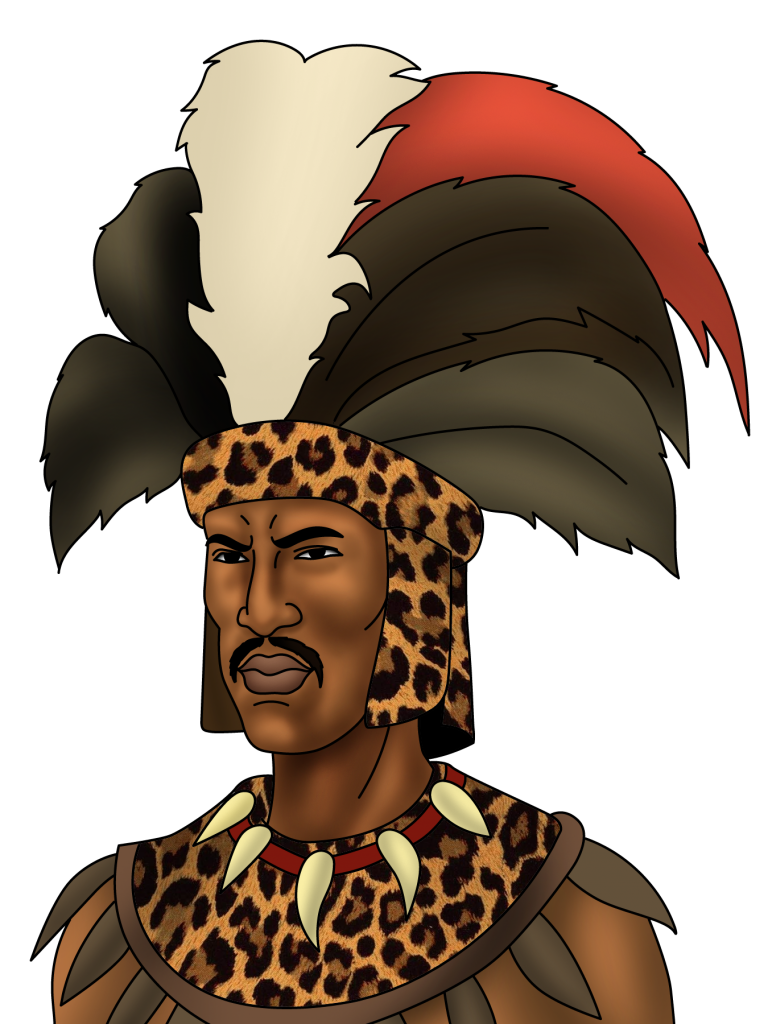 Known for: Being the founder of Southern Africa’s Zulu Empire.

He proved himself to be a brilliant leader and great warrior.

He turned the Zulu tribe into a large, fearsome clan.

Shaka Zulu was raised by his mother. When he was 23, he got a chance to prove himself in battle, and he turned out to be a brilliant leader and brave warrior. When his father died, he took control of the Zulus, leading them and helping them become a fearsome army.

The Zulus were one of the smaller tribes before Shaka Zulu became leader. In the space of a year, they became a much bigger army, which they achieved by allowing defeated soldiers from other tribes to join them. Within two years, the Zulus were growing in reputation. Soon they would defeat all the major clans and became the largest, spreading fear everywhere they went.

Shaka Zulu made the mistake of giving permission for Europeans to enter Zulu. This was because a British trader gave the king medical care so, as a show of appreciation, he allowed European settlers to enter the Zulu kingdom – a decision the Zulus would greatly regret in the future.

Did Shaka use effective ways to grow his army? What is the importance of having a large army when you are a ruler? Why do you think Shaka and the Zulus would regret their decision?