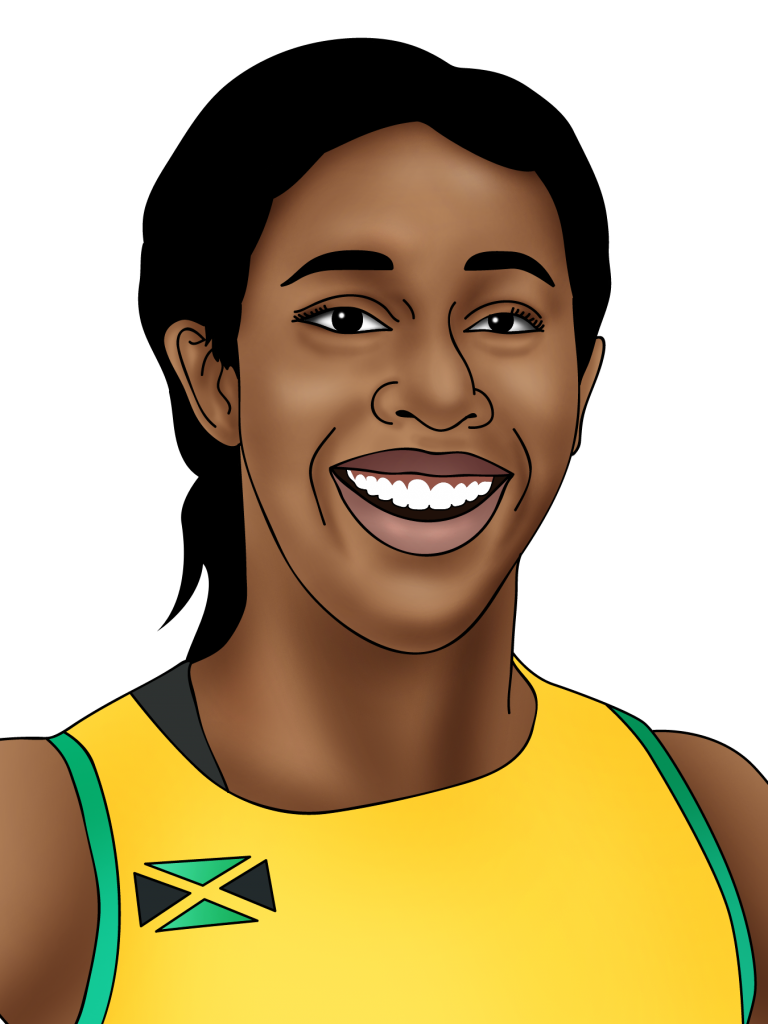 Known for: Being a record-breaking sprinter.

She won World Championships gold medals in both 2015 and 2019

I just trust God, work hard, and focus on executing.

Shelley-Ann Fraser-Pryce is regarded as possibly the greatest female sprinter of all time because of the number of competitions she has won and the number of records she has broken.

Fraser-Pryce was born in Kingston, Jamaica. Her mum was also an excellent sprinter, but did not make a career of running. Fraser-Pryce met coach Stephen Francis in 2006, who helped her to win a 100 metres relay silver medal in the Osaka World Athletics Championship. At the start of the Osaka Games she was extremely nervous, but after coming so far she was determined to succeed in her sport. She continued to improve over the years and represented Jamaica for the 2008 Summer Olympics, where she won a gold medal.

Growing in confidence, Fraser-Pryce became the 100m women’s world champion. More medals followed in the 2012 Olympics, as she defended her 2008 Olympic title with gold and silvers in the 100m and 200m sprints.

Despite being only five feet tall, Fraser-Pryce was now famous all over the world for her sprinting power. She has also become known for her warm personality. Her biggest medal wins came in the 2013 World Championship, where she won gold medals in the 100m, 200m and the 4x100m relay finals. She continued to win medals and break records both in indoor and outdoor competitions all over the world. She also won World Championships gold medals in both 2015 and 2019.

What has Fraser-Pryce struggled with throughout her career and why? Which was the first large competition in which Fraser-Pryce won a medal? In which competition did she get her biggest wins and how many medals did she win there?