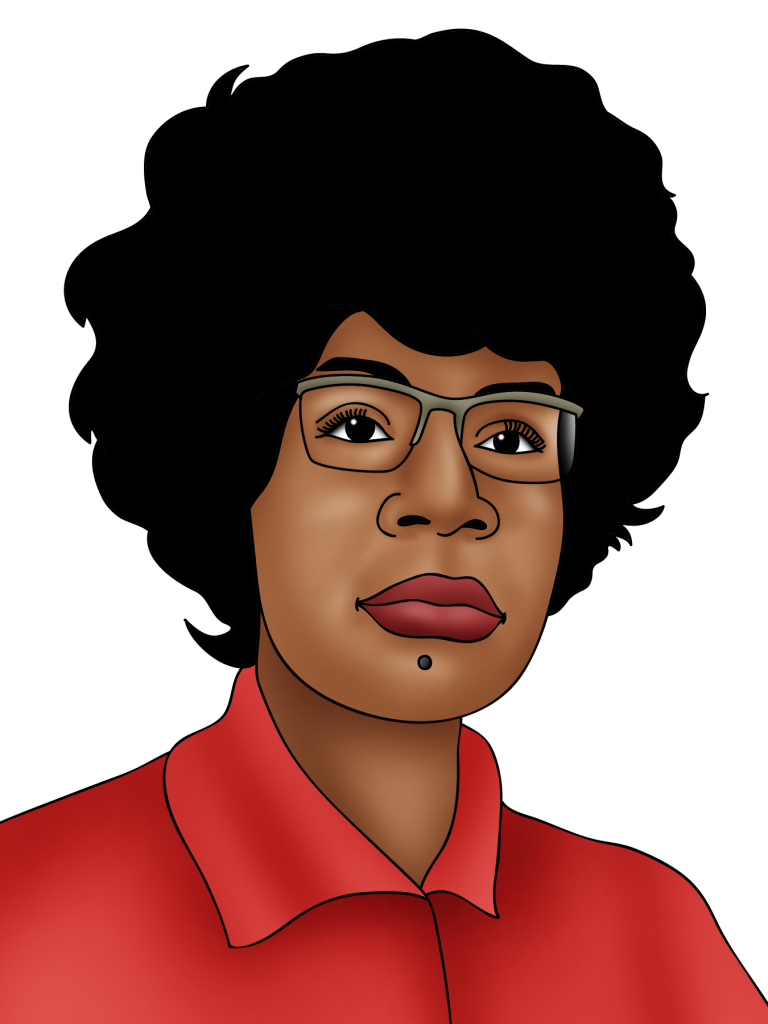 Known for: Being a politician, educator, and activist.

Chisholm was the first Black woman to win a seat in the U.S. Congress.

She was the first Black woman to seek a nomination for presidency.

She was the first Black woman to sit on the House Rules Committee.

I wanted to be remembered as a woman who dared be a catalyst of change.

Shirley Chisholm was the eldest daughter of parents who had moved from Guyana and Barbados to the United States. She graduated Brooklyn Girls’ High in 1942. A talented student and a bright young mind, she won prizes on the debate team from Brooklyn College in 1949.

Chisholm worked at a nursery school as a teacher when she left college. She also earned a master’s degree from Columbia University in 1951. By 1960, Chisholm gave advice to New York City Day Care. She was always aware of the way that women and Black people were treated differently to men and white people. She joined the League of Women Voters and the National Association for the Advancement of Coloured People (NAACP). She also joined the Urban League, and the Democratic Party club in Brooklyn, New York.

Chisholm faced lots of discrimination as a Black person and a woman during her political career. However, she was very popular with women who voted, and she was very successful at creating change. Chisholm retired from Congress in 1983, and taught at Mount Holyoke College. She also started the National Political Congress of Black Women.