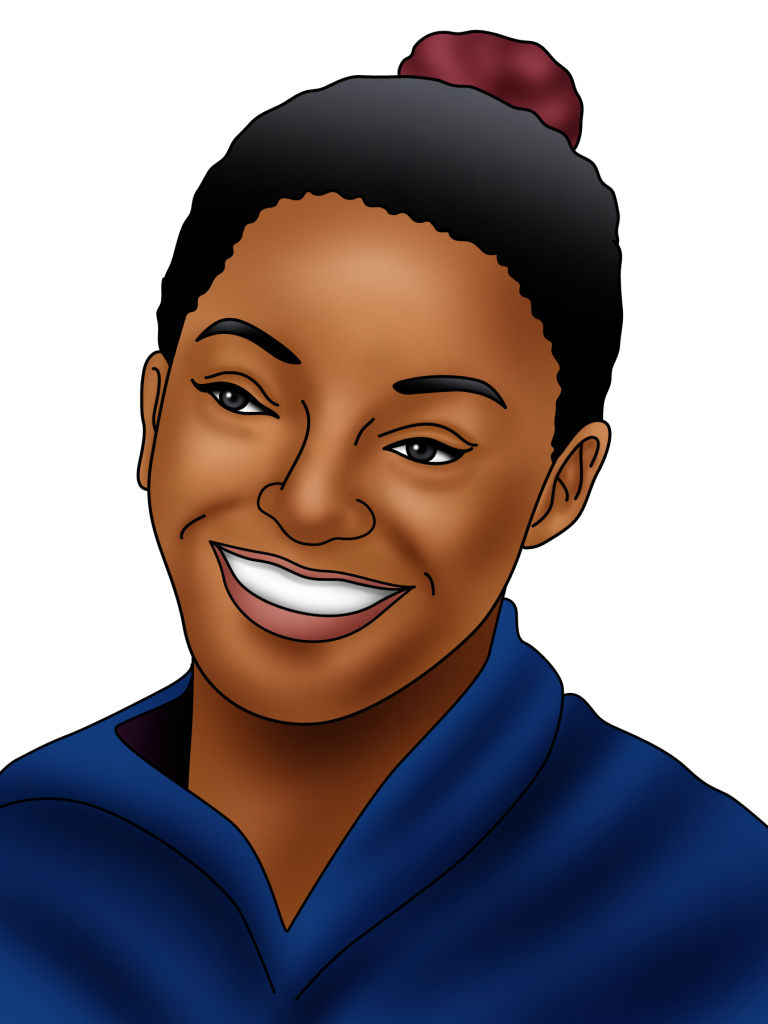 Known for: Being a world champion gymnast.

Biles has five Olympic medals to her name and expects to win more.

In 2017, she competed on the TV show Dancing with the Stars.

Biles is considered one of the best female gymnasts in history.

I always say my biggest competitor is myself, because whenever I step out there on the mat, I’m competing against myself to prove that I can do this and that I am very well trained, prepared for it.

Simone Biles became interested in gymnastics at age six during a field trip to Bannon Gymnastics. She began training there, remaining for eleven years under the direction of her coach, Aimee Boorman.

At the 2016 Olympics in Rio, Biles led the U.S. to gold in the team event, and then won the individual all-around. She also won the floor exercise and vault events, becoming the fifth female gymnast to claim four gold medals at a single Olympics. At the 2018 U.S. national championships, she won her fifth all-around title as well as each of the four apparatus events. Biles was the first female in nearly twenty five years to claim all five golds at the U.S. nationals.

What was the significance of Simone’s win at her first world gymnastics championships in 2013? Why are her ten world championship gold medals significant? In your opinion, what was Simone’s greatest achievement? Give reasons for your answer.