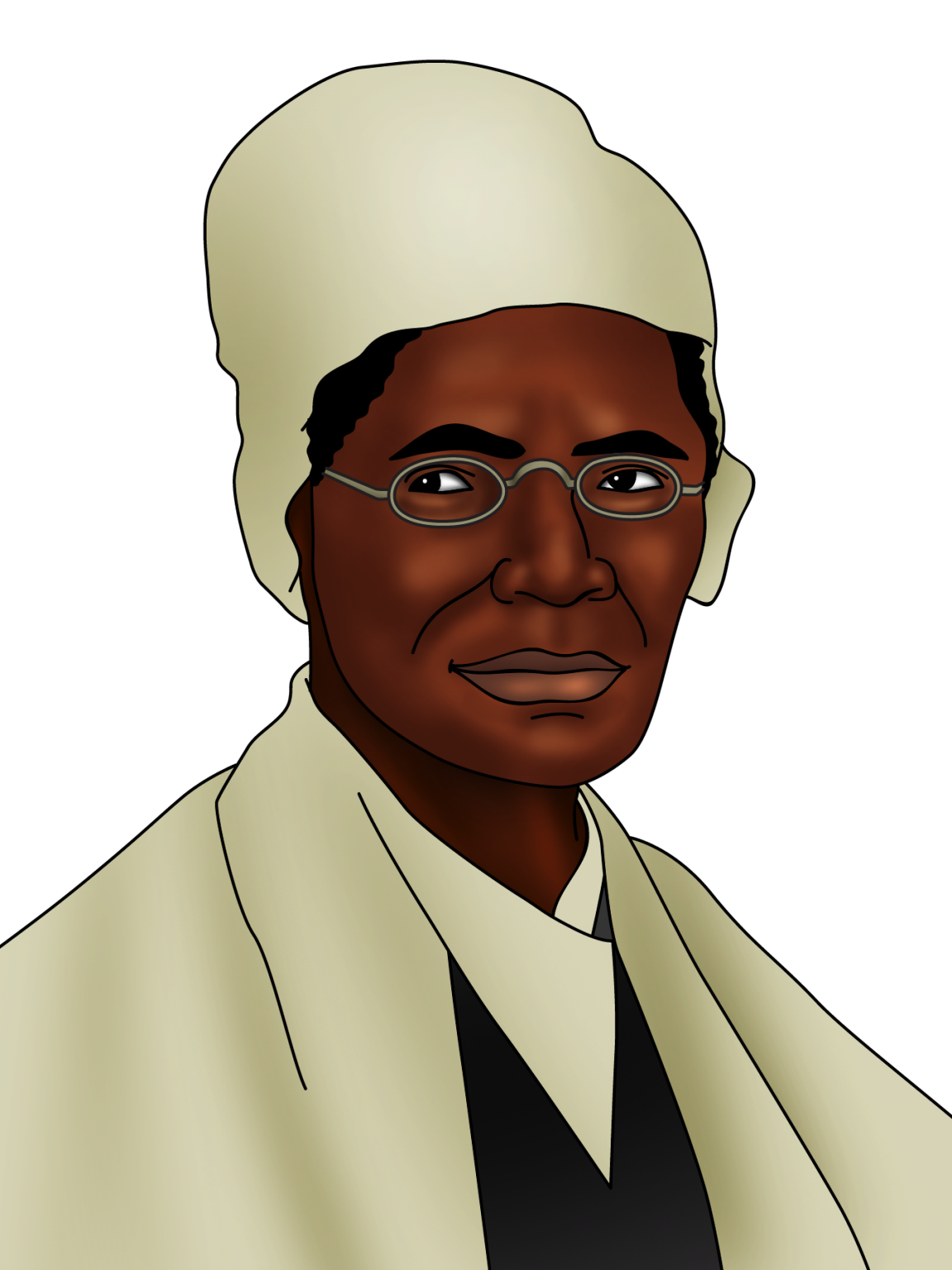 Known for: Being an abolitionist and women’s rights activist.

Truth was a leading voice in fighting for rights for women and Black people.

She is the first African American woman to have a statue in the Capitol building.

She was included in a list of the "100 Most Significant Americans of All Time".

Truth is powerful and it prevails.

Born Isabella Baumfree, Sojourner Truth was born an enslaved person in New York. She escaped with her daughter from her enslaver, and won a case in court against him when she came back (after slavery was abolished) to claim her son. This was the first time a Black woman won a case against a white man.

As a free woman, Truth got a job as a domestic cleaner and became a devout Christian. However, she felt that she had a calling from God to give up her job, leave New York, and be a travelling preacher. She also decided to change her name from Isabella Baumfree to Sojourner Truth.

Truth joined the abolitionist movement, which aimed to end slavery across the whole of the U.S., and began to travel, and publicly speak out against slavery, in the late 1840s. She became a very famous abolitionist throughout the northern parts of the U.S., which led to her publishing an autobiography in 1850 called The Narrative of Sojourner Truth.

Truth also publicly fought for women’s rights to vote, and be treated as equal to men. She made her famous speech, “Ain’t I a woman” during this time, which advocated for equal rights for women and Black people. Truth is remembered as one of the most important women in the fight to end slavery.

The Mars Rover built by NASA to explore Mars was named ‘Sojourner’ after Sojourner Truth.