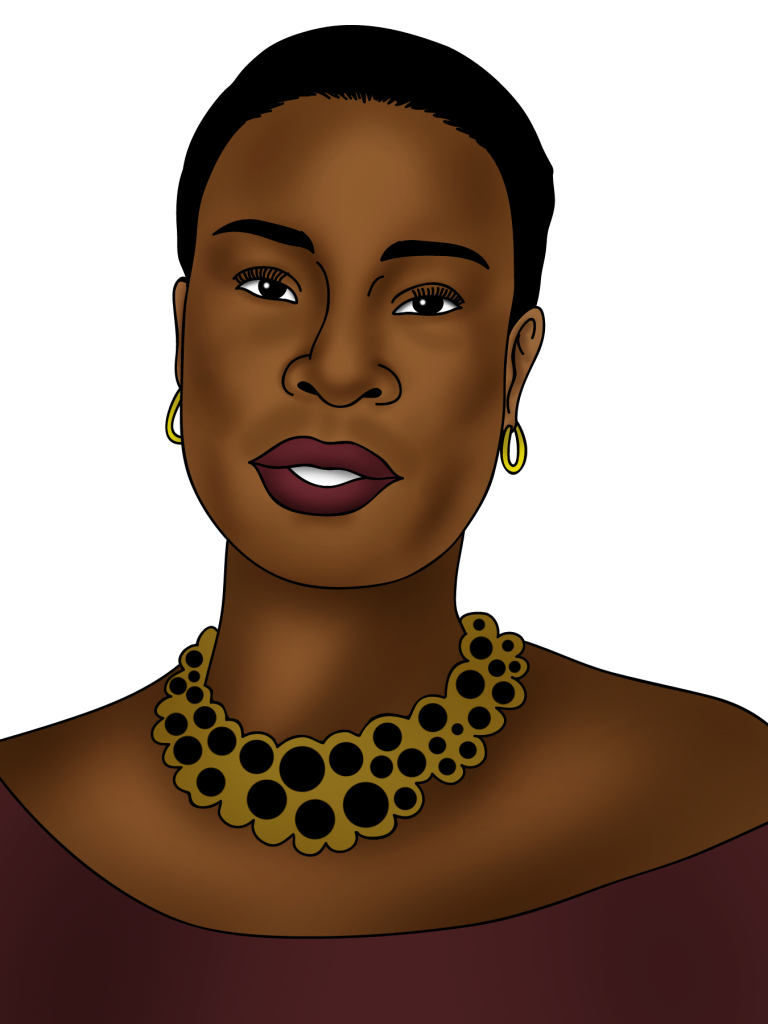 Known for: Being an inventor.

Her robots are more reliable and incorruptible than humans.

Kirongozi’s robots help the state to save much needed money.

Kirongozi’s invention helps to improve safety on the roads.

Therese Izay Kirongozi is an engineer who invented traffic robots in her hometown in Congo in 2013, working alongside several other female engineers. By 2015, her hometown had five of the robots, and another was in use in Lubumbashi, also in Congo. The use of traffic robots is unique to Congo, but Kirongozi hopes they will be used around the world in the future.

In 1993 at the age of twenty, Kirongozi expected to become a model. Instead, she ended up studying industrial electronics at university. She never planned to become an inventor, and was surprised that her inventions had such a big influence in Congo.

The local people in Congo like the traffic robots. They improve the flow of traffic around the cities, and people show them more respect than they show the human traffic police! The robots look a bit like humans, and they can rotate and raise their arms up like humans do.

The next robot that Kirongozi is creating will have ‘eyes’ which are cameras, and can film the traffic all the time. Experts say that to make more robots and have them working around the world, it will cost around $12 million.