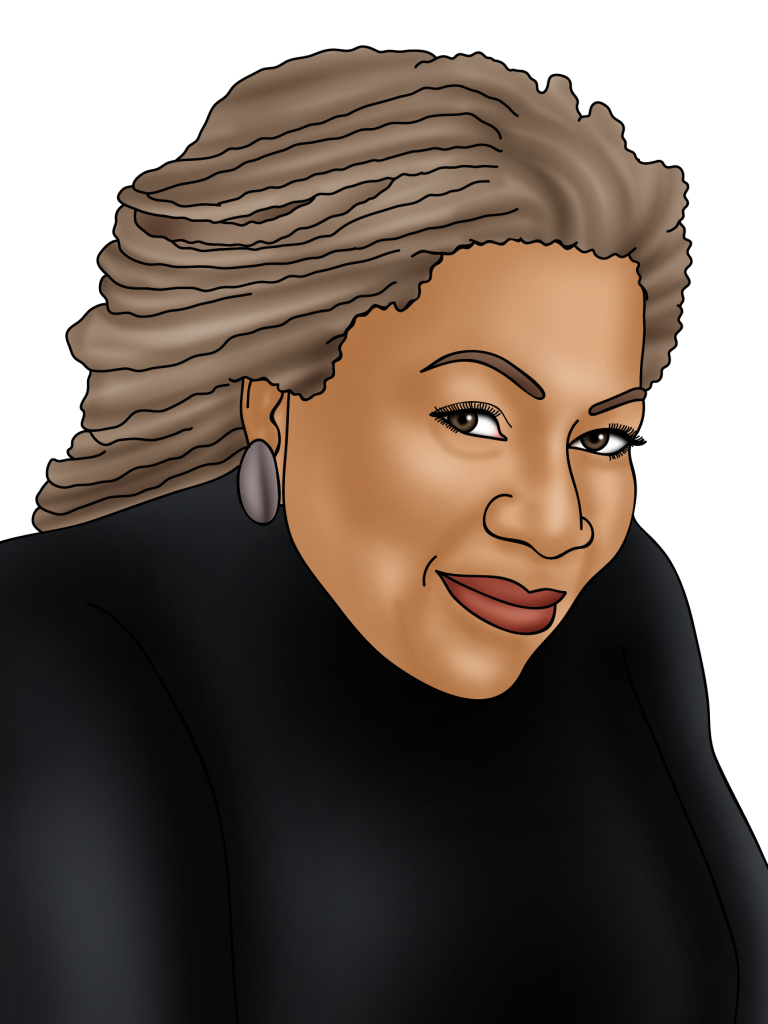 Known for: Being a writer and one of the most famous African American novelists.

In 1993, she was awarded the Nobel Prize for Literature.

President Obama gave her the Presidential Medal of Freedom in 2012.

She won a Grammy Award for Best Spoken Word Album for Children.

If there is a book that you want to read, but it hasn't been written yet, you must be the one to write it.

Toni Morrison was one of the most famous African American novelists, writers, and book editors in the United States. She spent much of her childhood reading books by famous authors. After going to university, Morrison became a teacher. This is when she started writing.

She was also a college professor. Her first book, The Bluest Eye, was published in 1970. This was the story about an African American girl who wished her eyes were blue to fit white beauty standards. Fifty years later, it is still a very popular book.

Another book written by Morrison in 1987, Beloved, is seen as her masterpiece. This book is a story about life after slavery. In 1993, she won the Nobel Prize for Literature for her work, and in particular, Beloved was praised as her best work. In 1999, Morrison published a book for children called The Big Box. She worked with her son, Slade, on this book. It is a story about childhood in the U.S. which asks children and parents to take a new look at the rules which make up their lives. It shows adults that their rules sometimes stop children from being creative.

Morrison’s work is inspired by African American culture such as music, myths, and folklore. In 2001, Morrison was given the National Arts and Humanities Award by President Bill Clinton for her work. Clinton said that Morrison had “entered America’s heart”.

Morrison wrote to make people feel emotions, and her characters try to understand the truth about the world they live in. She writes about good and evil, love and hate, beauty and ugliness, friendship and death.