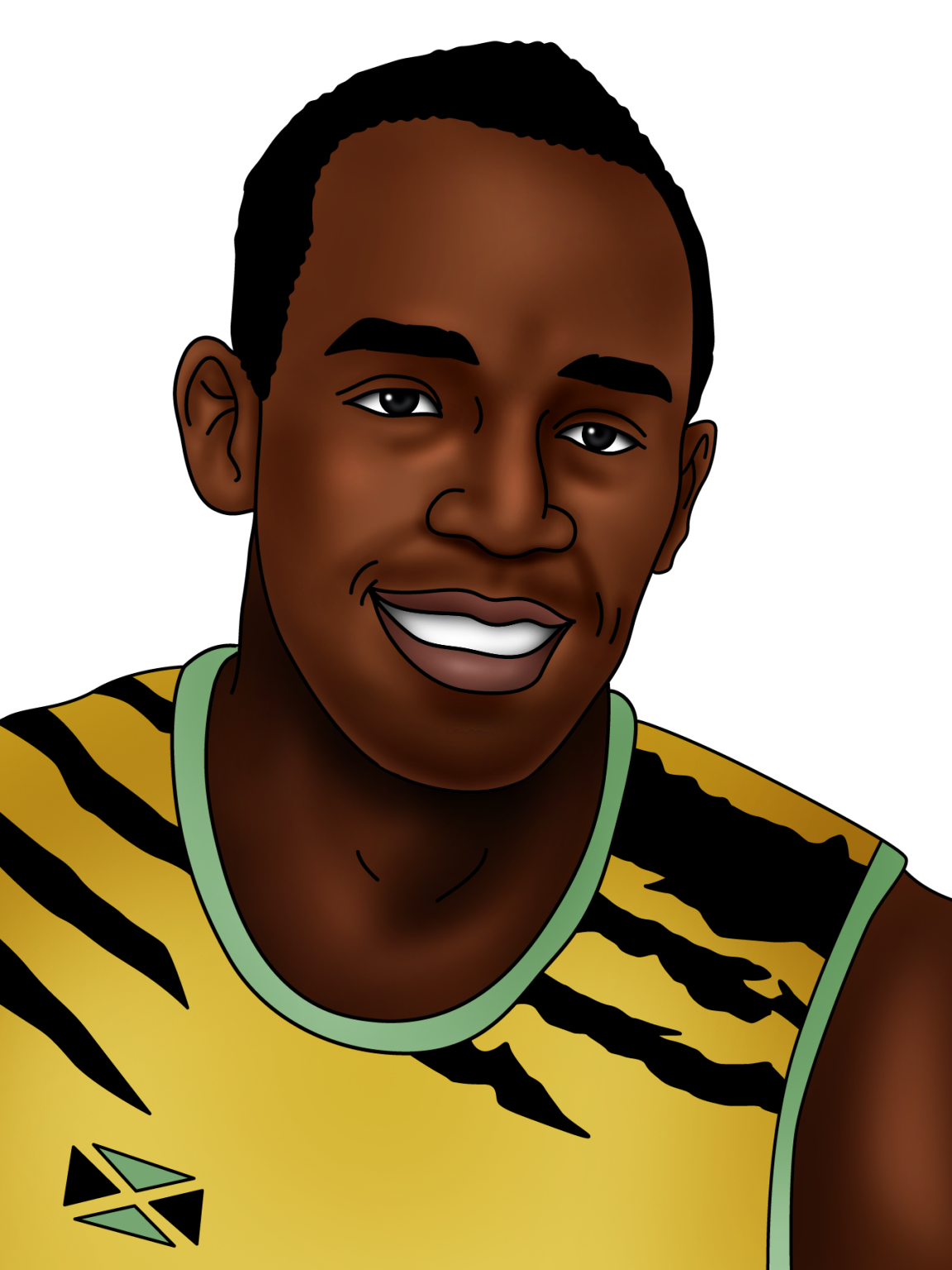 Known for: Being a world-famous sprinter and record breaker.

He is widely considered to be the greatest sprinter of all time.

Bolt holds the world records for 100m and 200m sprints.

I wouldn’t say I’m a phenomenon, just a great athlete.

Born in a small town in Jamaica, Usain Bolt was a track prodigy. Though he stands at 6 feet 5 inches, Bolt defies conventional wisdom that very tall sprinters are disadvantaged as fast starters. Bolt won the 200m event at the 2002 world junior championships at 15. He competed in the 200m event at the 2004 Olympics in Athens, but was hit by a hamstring injury and failed to advance.

Bolt became the first man since American Carl Lewis in 1984 to win the 100m, 200m, and 4 × 100m relay in a single Olympics. He was also the first ever to establish world records (9.69 seconds, 19.30 seconds and 37.10 seconds, respectively) in all three events. However, his teammate failing a drug test caused Usain to lose his medal for the relay event.

Bolt also won gold medals in all three events at the 2009 world championships, setting new world records in the 100m (9.58 seconds) and 200m (19.19 seconds). Due to his speed, Bolt has the popular nickname of “Lightning Bolt”.

Why is Usain considered to be the greatest sprinter of all time? What was the significance of Usain’s teammate failing a drug test? How does Usain break sprinting conventions?