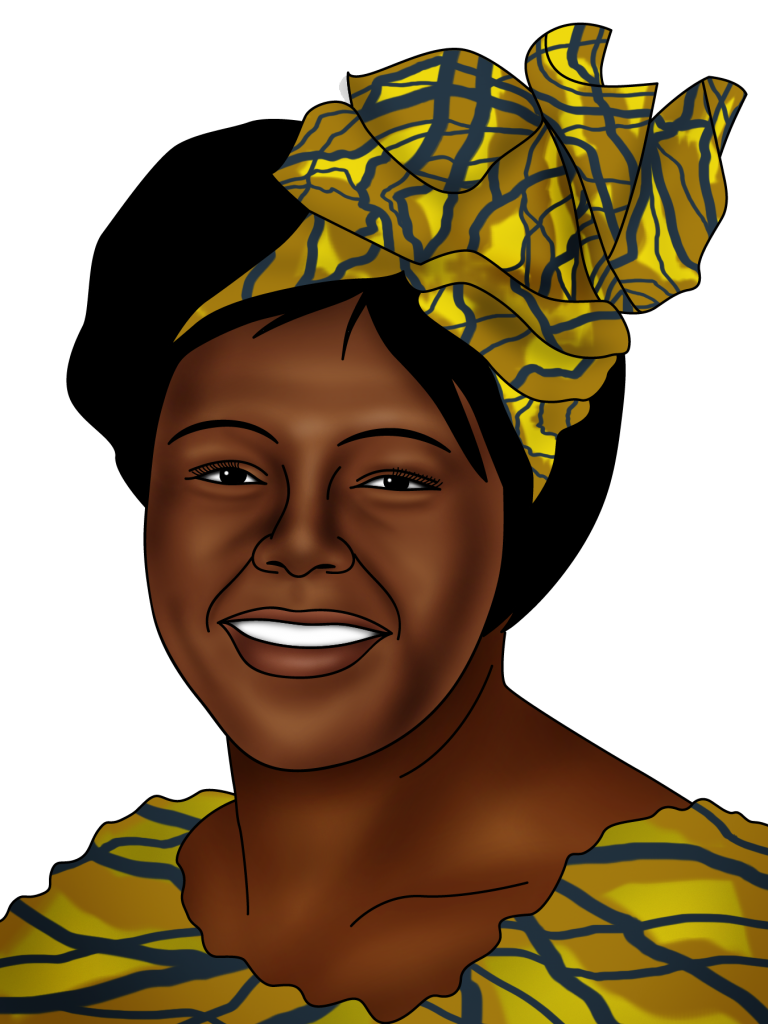 Known for: Being a political, social, and environmental activist.

She was the first African woman to win the Nobel Peace Prize.

Maathai became the United Nations' Messenger of Peace in 2009.

Who was Professor Wangari Maathai?

Professor Wangari Maathai was a Kenyan social, political, and environmental activist. She founded the Green Belt Movement (GBM), encouraging women across Africa to plant trees to stop environmental degradation and deforestation. She is known for being the first African woman to win the Nobel Peace Prize.

Wangari was highly motivated academically, and gained three scientific degrees, including a Ph.D. in anatomy at the University of Nairobi. She launched the GBM with the purpose of reducing poverty, as well as helping to conserve the environment through community-based tree planting. She also extended its aims to fight against the abuse of power, corruption and land grabbing.

Throughout her time working for the GBM, she wrote four books to advocate for the things she believed in. She also spoke to the United Nations to explain the importance of conservation. Maathai received lots of awards and honorary degrees in recognition of her work, including the World Citizenship Award (2006), the UN Messenger of Peace (2009-2010), and the Nobel Peace Prize (2004).