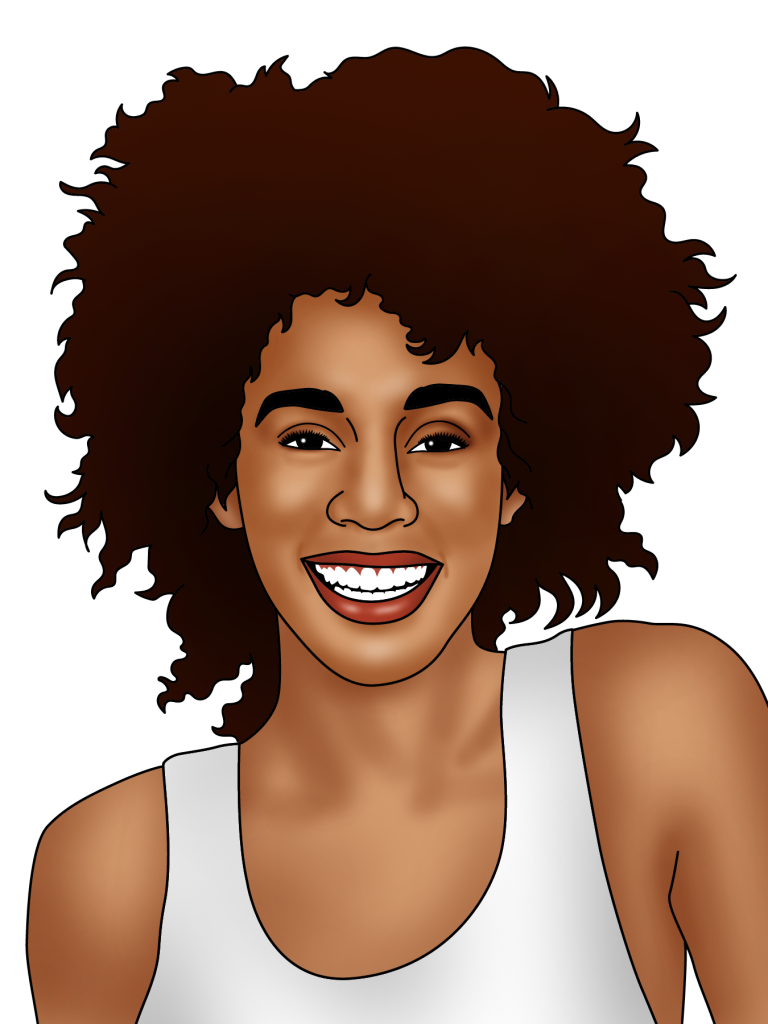 Known for: Being a singer, actor, and songwriter.

Houston was one of the world’s most famous singers.

She became the first female artist to ever be in the top 200 Billboard.

Houston was highly recognised for her talent, and received approximately 600 accolades throughout her career.

Learning to love yourself is the greatest love of all.

Whitney Houston was born into a religious family. Her mother and cousin were church choir leaders, which is where Whitney first sang at a young age. Her time in the choir earned her admiration from the congregation, with some of them comparing her singing to that of an angel.

After changing her singing genre from gospel to secular music, she released several albums. Her second album, Whitney (1987), made her famous all over the world. Her version of Dolly Parton’s I Will Always Love You is the most sold single by any female artist of all time.

Houston featured in the film The Bodyguard in 1992. The soundtrack she created for it won the Grammy for Album of the Year. Houston can be considered one of the greatest female musicians to ever live. She won many awards, including Grammys, and her songs and albums sold in millions. All of this made her one of the richest, most sought after, and talented artists all over the world, performing for large audiences in America, Europe, and Africa.

Houston continued to record music for her whole life, and was a frequent guest on television shows. She attended and performed at famous parties, launches of new music and films in Hollywood, including appearances in the Oscars award show.

Whitney had some challenges in her life but she is remembered for her talents around the world.