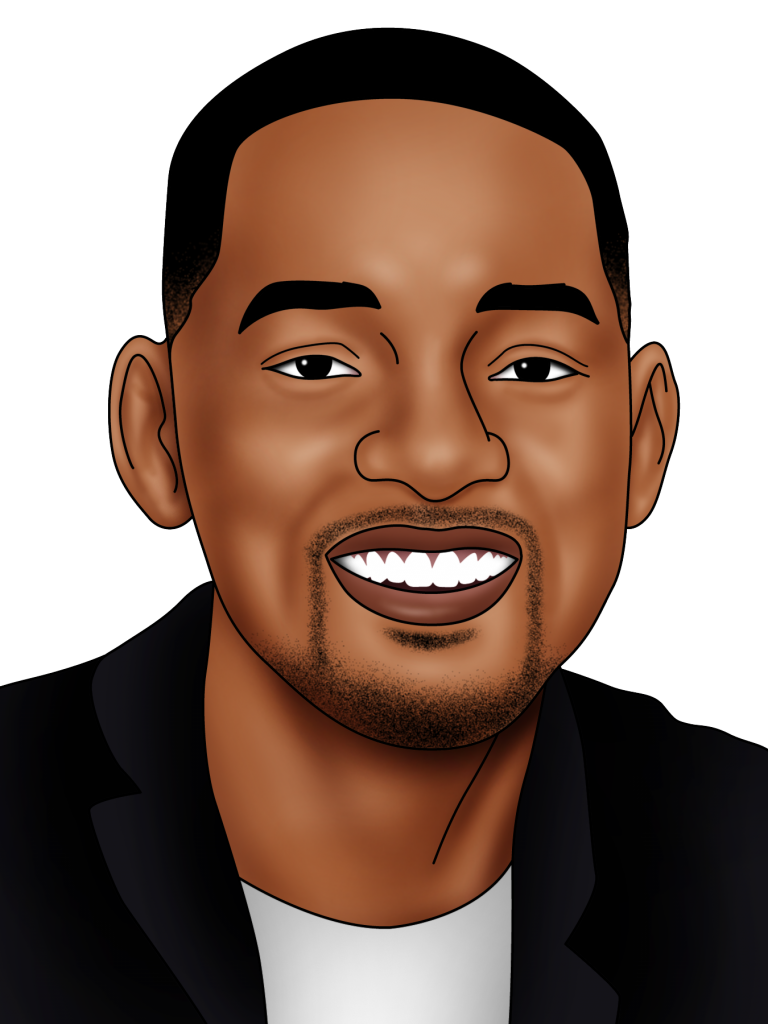 Known for: Actor, producer and rapper

Throughout life people will make you mad, disrespect you and treat you bad. Let God deal with the things they do, cause hate in your heart will consume you too.

Will Smith was born Willard Carroll Smith Jr. His mother was Caroline Smith a member of the ‘School Board of Philadelphia’, in Pennsylvania and Willard Smith Sr who was a veteran and engineer. His parents separated at age 13 but didn’t divorce until 2000. Smith was a bright student with high SAT scores and did well in school. It was rumoured that he declined a scholarship to the Massachusetts Institute of Technology as he “wanted to rap”.

At age 16, Smith met Jeff Towes and the duo launched as DJ Jazzy Jeff & The Fresh Prince. They became very successful with platinum-certified recordings as well as earning his first Grammy with the song ‘Summertime’. After this, he fell into hard times due to some financial issues.

While going through financial problems, the television network NBC signed a contract with him to star in a sitcom, The Fresh Prince of Bel-Air, which was built around his life. The show became very successful and was the starting point of his acting career.

Through Smith’s role as the ‘Fresh Prince’  he established himself as a Hollywood A-List star with roles in various films including Bad Boys, Independence Day and Men in Black. With his 2001 film ‘Ali’ in which he starred as Mohammad Ali, he earned his first Academy Award nomination. Since then he has been awarded with four Grammy awards and nominated for five Golden Globe Awards and two Academy Awards.