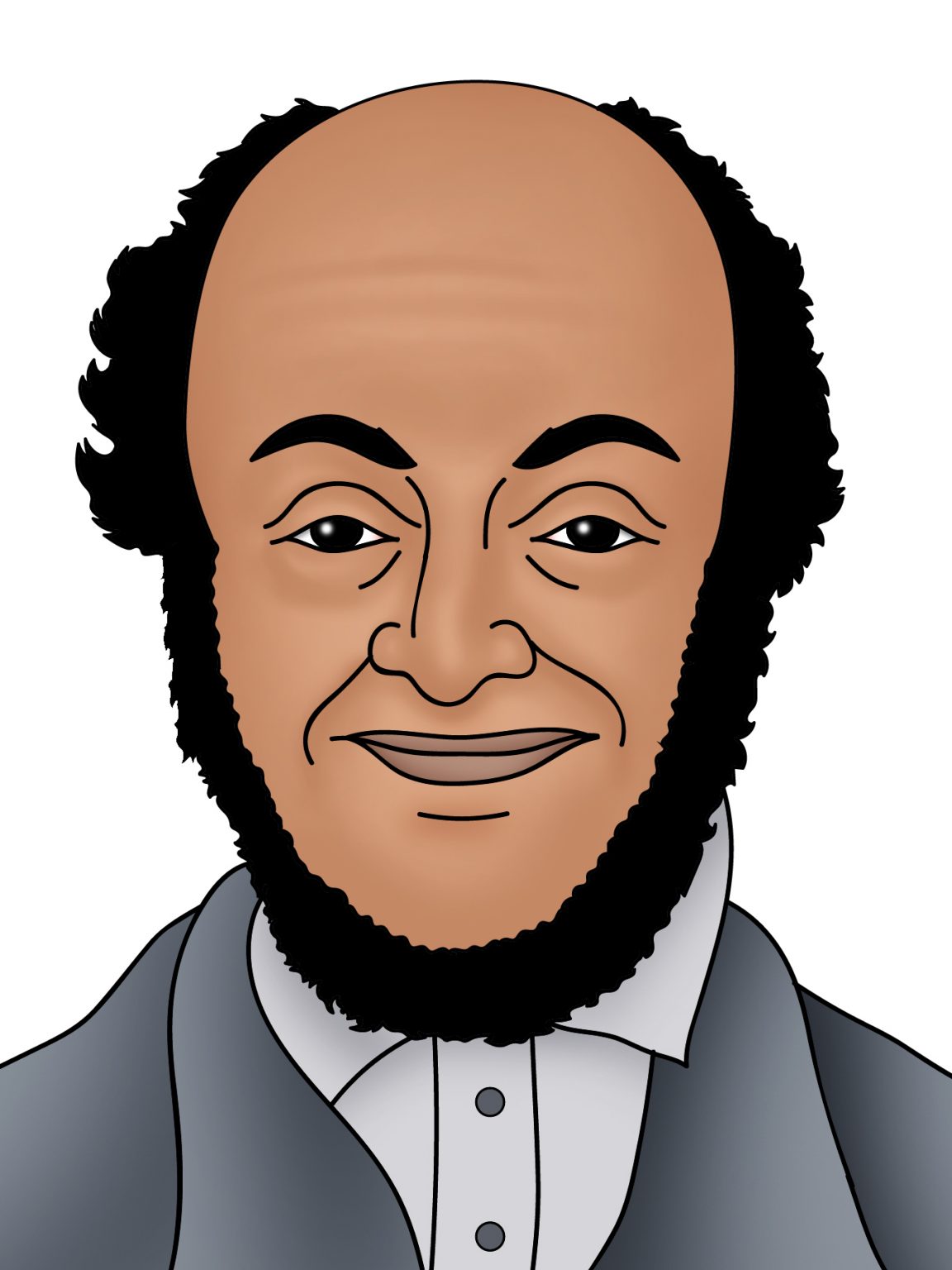 He campaigned for what he felt was right his whole life, even when he was sent to prison for his beliefs.

He kept the accounts for the Chartist movement for many years, was always trustworthy, and a cheerful worker.

He gave up his job to help make the world a better place.

He quoted this part of a poem by Clio Rickman in one of his speeches; The sneaking courtier, and corruption’s tool, Thou speak the language of both knave and fool, “Let those who do not like the country, leave it,” My answer is, (in metaphor receive it) If bugs molest me, as in bed I lie, I’ll not quit my bed for them, not I’ But rout the vermin — every bug destroy, New make my bed, and all its sweets enjoy.

William Cuffay was born on a merchant ship that was sailing from St. Kitts in the Caribbean in 1788. His family settled in Chatham, Kent. His father was freed from enslavement and was a cook on a warship, while his mother was a cleaner and worked to help the blind.

When Cuffay was old enough, he started working as a tailor in London but he lost his job in 1834, when he and his fellow tailors went on strike demanding more pay and more working hours. He was blacklisted from employment because of his political beliefs.

He then became one of the leaders of the Chartist Movement in 1842 because he was passionate about getting equal rights for working-class people. In the 1848 Chartist meeting at Kennington Common, he was inspired to lead an armed rebellion in London. In this meeting, there was a government spy named Powell who reported what Cuffay was going to do. Cuffay, was then arrested and sent to prison in Tasmania, Australia for 21 years for planning war against the Queen.

Three years later, all prisoners in Tasmania were set free. Cuffay decided to stay in Tasmania, and speak up for working class people. He died in 1870, due to poor working conditions at age 82.

Did you know that, despite being born with disabilities in his spine and legs, he loved to play sports? What does that tell us about his character?