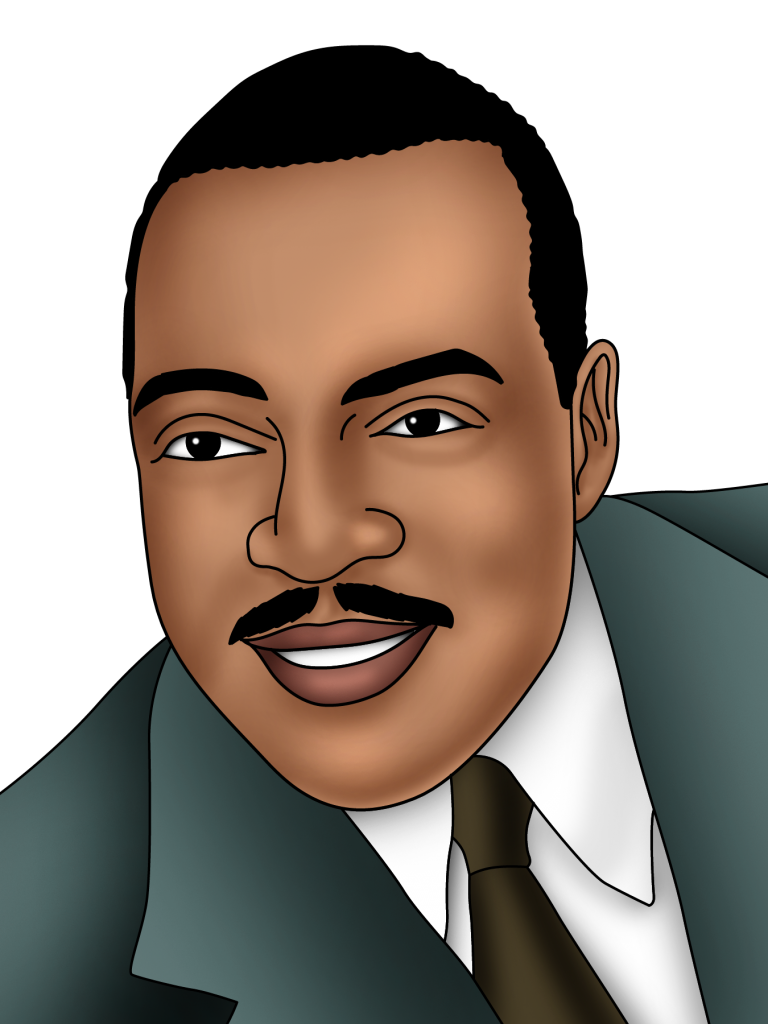 Known for: Being a jazz pianist.

Count’s recording of One O’clock Jump entered the Grammy Hall of Fame.

Count’s band backed some of the most famous jazz vocalists of his time.

If you play a tune and a person don’t tap their feet, don’t play the tune.

Around 1920, Count went to Harlem, famous for jazz music, where he lived close to the Alhambra Theatre. Soon, he met many of the Harlem musicians who were ‘making the scene’, including Willie ‘the Lion’ Smith, and James P. Johnson. Later, when he started to perform on the radio, an announcer wanted to give his name some style, so called him ‘Count’. It stuck for the rest of his career.

Count got his big break when one of his broadcasts was heard by journalist and record producer, John Hammond, who touted him to agents and record companies. As a result, Count’s band were able to play across the U.S., and recorded their debut album on Decca Records in January 1937. The band returned to Chicago, then to the Ritz Carlton Hotel in Boston. Meanwhile, their recording of One O’clock Jump became their first chart entry in September 1937, became the band’s theme song, and was later inducted into the Grammy Hall of Fame.

During the 1940s, his band had many hits including Stop Beating around the Mulberry Bush, Top Man, and Crazy House. In 1958, the band went on its first European tour. By the mid-1950s, Count’s band had become one of the leading backing bands for some of the most famous jazz vocalists of the time. Count won nine Grammy awards, and even has an asteroid named after him – Asteroid 35394 Count Basie – which was discovered in 1997.