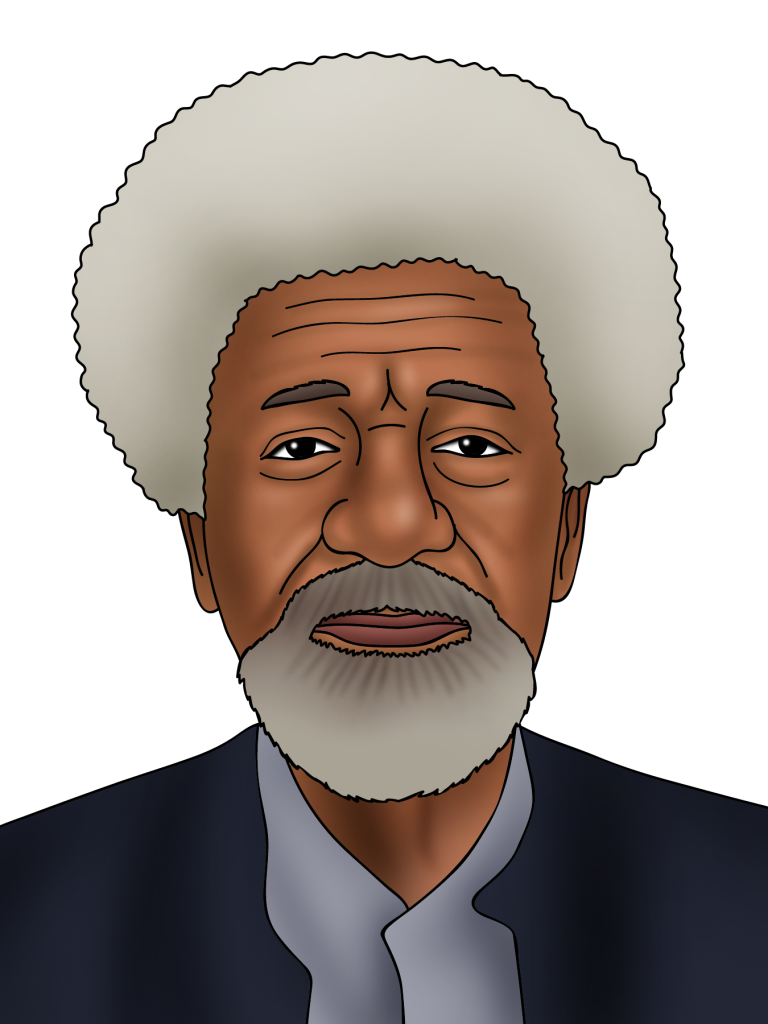 Known for: Being an actor, author, poet, and playwright.

He was the first Black African to be honoured the Nobel Prize in the literature category.

In 2005, he was awarded the title Oloye, an aristocratic title of the Yoruba tribe.

He is currently the consultant of the Lagos Black Heritage Festival.

The greatest threat to freedom is the absence of criticism

Wole Soyinka was born in Abeokuta, Western Nigeria. His father was a headteacher. Since Abeokuta was colonised by the British, the area has aspects of tribal Nigerian and British culture. For example, Christianity and Islam are very present, but many people still believed in the gods of the tribes and followed their traditions and rituals.

Soyinka’s mother was a Christian convert, and he nicknamed her a “Wild Christian” while he gave the nickname “Essay” to his father, in relation to his job!

Soyinka went on to study English at the University of Leeds. When he graduated, he came back to Nigeria and founded his own acting company, writing his first play called A Dance of the Forests. It was produced in 1960, and published in 1963 in accordance with the Nigerian Independence Day celebrations. He became the head of multiple theatre groups across Nigerian universities.

His work illustrates his view on the government and Nigerian society – including the intertwining of British and tribal Nigerian cultures. After winning a Nobel prize, he became a very in-demand lecturer. Eventually, in 2004, his lectures were published.

What was the name of Wole Soyinka’s first play? How did Nigerian and British culture influence Soyinka’s work? Which prize did he win in 1986, that he was the first Black African to win?