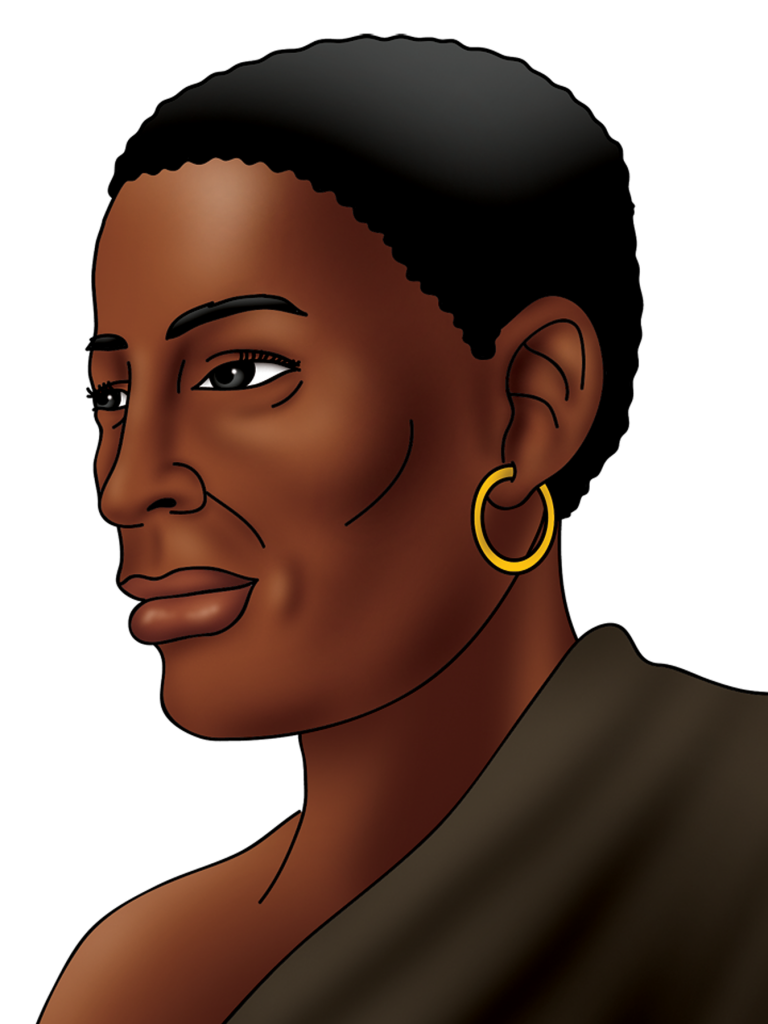 Known for: Being a warrior Queen of the Ashanti

Yaa Asantewaa was a farmer and member of the Ashanti Royal family.

She raised an army of 5,000 people to defend against the British invasion.

She inspired Ghanaians to fight for their independence.

If you, the men of Ashanti, will not go forward, then we will. We, the women, will. I shall call upon my fellow women… we will fight till the last of us falls in the battlefields

The British had already taken the Ashanti King prisoner in 1896, along with some of the chiefs. The remaining Ashanti leaders were afraid. In order for the British invaders to strengthen their control over Ghana, the Governor-General demanded the Golden Stool, which was the most important symbol of the Ashanti nation. To give this away was like giving away the soul of the people.

When the leaders met to respond to the British demand for the Golden Stool, Yaa Asantewaa reminded them that the Ashanti were proud people. The British were already taking their gold, and now they also wanted to take away the symbol of their nation. Yaa Asantewaa demanded that the people fight, and as the new leader she raised an army of five thousand soldiers in March 1900.

During the battle, the British sent many more troops than the Ashanti had, and the rebellion was eventually defeated in 1902. Yaa Asantewaa was captured, and sent away in exile to the Seychelles, where she eventually died. By the 6th of March, 1957, Ghana was at last free of British rule, and the Ashanti region became an independent kingdom once again.

Yaa Asantewaa is celebrated in Ghana, and around the world, as a fearless warrior queen who led a rebellion in an attempt to free Ghana from foreign control.

Where was Yaa Asantewaa from? What did the British ask for from the Ashanti nation? When did Ghana become free from the British rule?