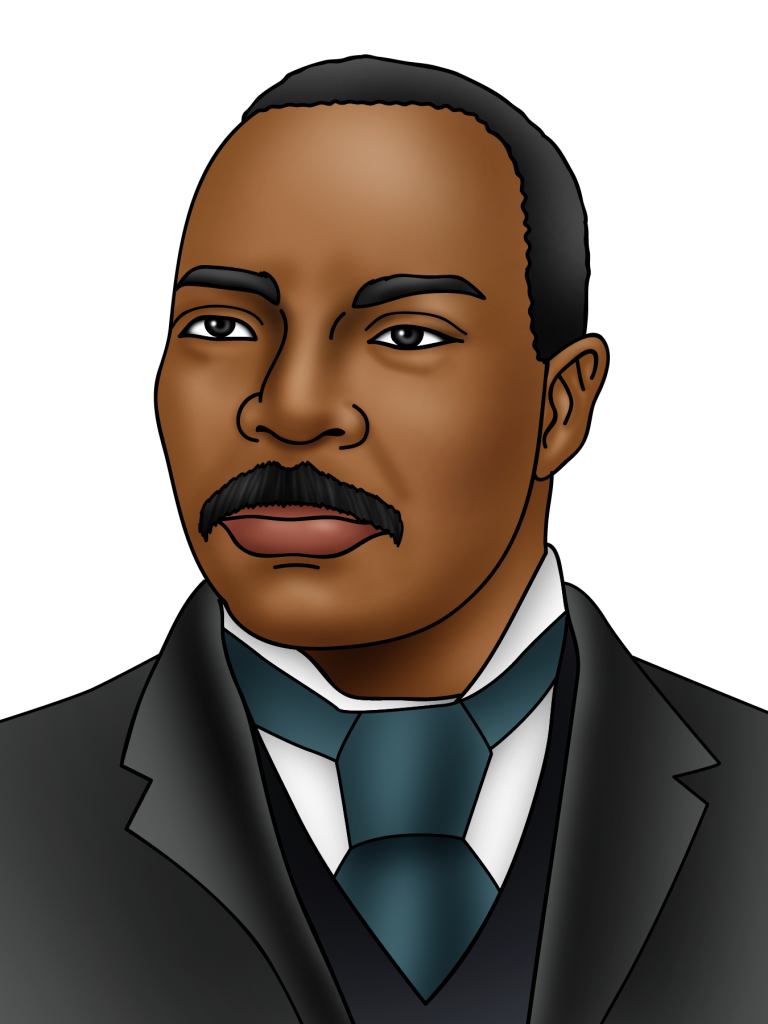 Known for: Engineer and inventor

Woods was sometimes known as the 'Black Thomas Edison'.

He patented nearly sixty different inventions during his lifetime.

His work improved the safety of public transport in the U.S.

Granville T. Woods left school young and went to work in a machine shop to support his family. Later, he did different jobs, but later got a chance to study engineering and electricity.

After this, Woods did lots of engineering jobs working with the railroad. He started to invent devices to use with trains. In 1872, he became a locomotive engineer for the Danville and Southern Railway Company where he worked until 1874. While working there, he invented a new special steam boiler furnace, which worked much better than the old one and saved on fuel.

Woods eventually set up his own electrical company and invented about fifteen devices for use on trains. His most notable invention was a multiplex railway telegraph in 1887. This allowed drivers and workers at different train stations to talk to each other using telegraph wires, while the trains were travelling on the tracks. This kept the trains from running into each other so there were less accidents.

Woods’s patents included a telephone transmitter and a trolley wheel. Although all of his inventions were brilliant, but the most important was the ‘third rail’, which is still used by electric-powered train systems today.