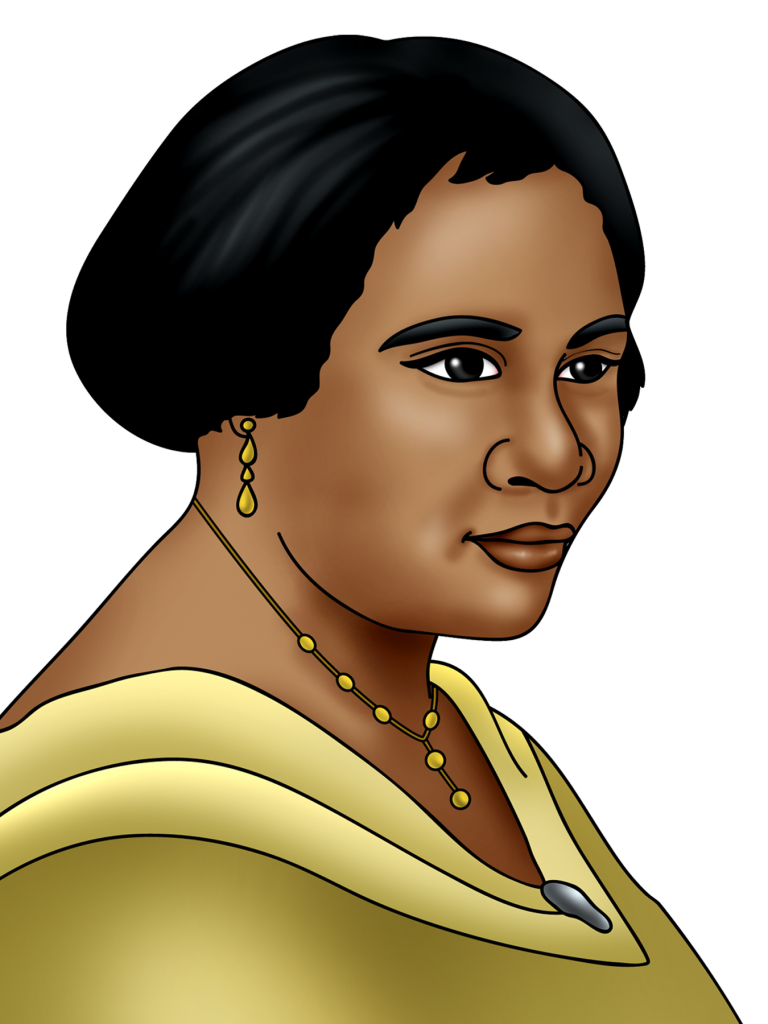 Netflix recently made a TV show about Walker’s business.

Along with her business, she did lots of work for charity.

Don’t sit down and wait for the opportunities to come. Get up and make them.

Madam C. J. Walker had a difficult start in life. She was orphaned at six, married at fourteen and became a widow at twenty. However, she went on to become a very successful businesswoman.

After losing her own hair, Walker wanted to create hair care products for Black women. A talented inventor and businesswoman, she was skilled in promoting her products and soon built a business empire. She started by selling products directly to Black women, then employed lots of saleswomen to sell the products. She called these women “beauty culturalists”.

Walker’s method involved using a scalp preparation product, lotions, and iron combs. She made her products stand out from those of white-owned companies by making them especially for Black women’s hair types.

Walker became a well-known Black businesswoman, and the United States’ first female African American millionaire. She was well known for her philanthropy, which meant she did a lot for charities. She created clubs for her employees, and also asked them to give back to their communities.

What did Walker invent? What was Walker the first African American to become? How did Walker sell her haircare products?