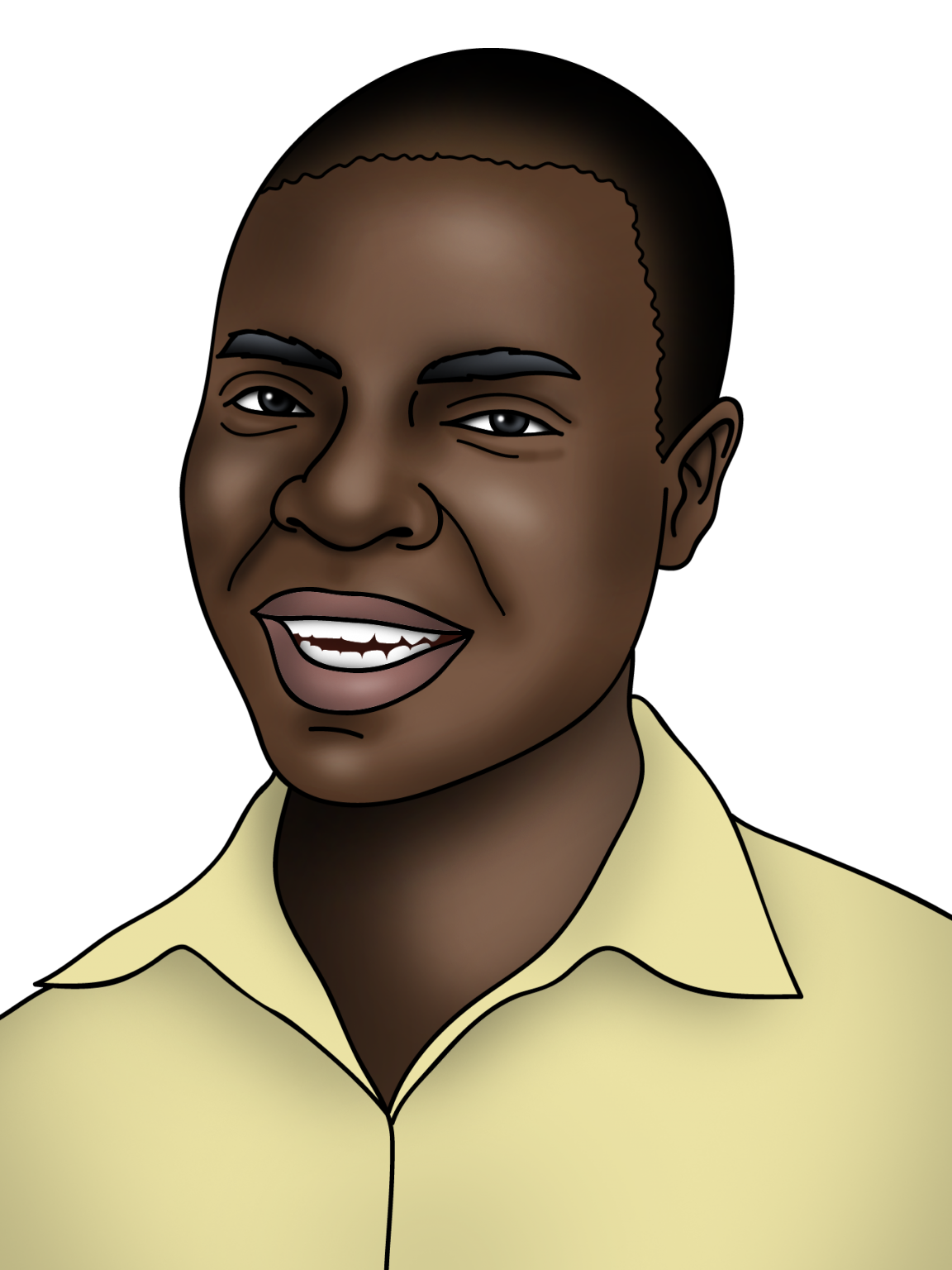 Known for: Inventor and author.

Kamkwamba attracted fame for building a wind turbine from scrap.

His invention made life much easier for people in his village.

He received a degree in Environmental Studies from Dartmouth College.

William Kamkwamba was born into a family of farmers in Wimbe village. When there was a famine, Kamkwamba’s family suffered more financial hardship and he was unable to finish school. Kamkwamba was determined to help his family, so he would often visit the local library to learn about electronics and start to build things.

Kamkwamba became famous in 2001 aged just fourteen, after successfully building a wind turbine to harness wind power out of scrap materials, blue gum trees, and wood to make electricity. His invention made energy for his family and village and changed their lives. He also invented a water pump powered by the sun. This water pump gave two villages their first running water supply.

Kamkwamba’s story drew international attention, and he had support from a number of people and organisations in order to fund his education. He went on to write a bestselling book, The Boy Who Harnessed the Wind, and is now a speaker and inventor, working between Malawi and the United States.

He was named by TIME Magazine as one of the “30 people under 30 changing the world”. Kamkwamba received a Bachelor of Arts Degree in Environmental Studies from Dartmouth College in Hanover, New Hampshire, in 2014.

Due to the interest in his amazing achievement, in 2019 a film based on his life titled, The Boy Who Harnessed the Wind was made.